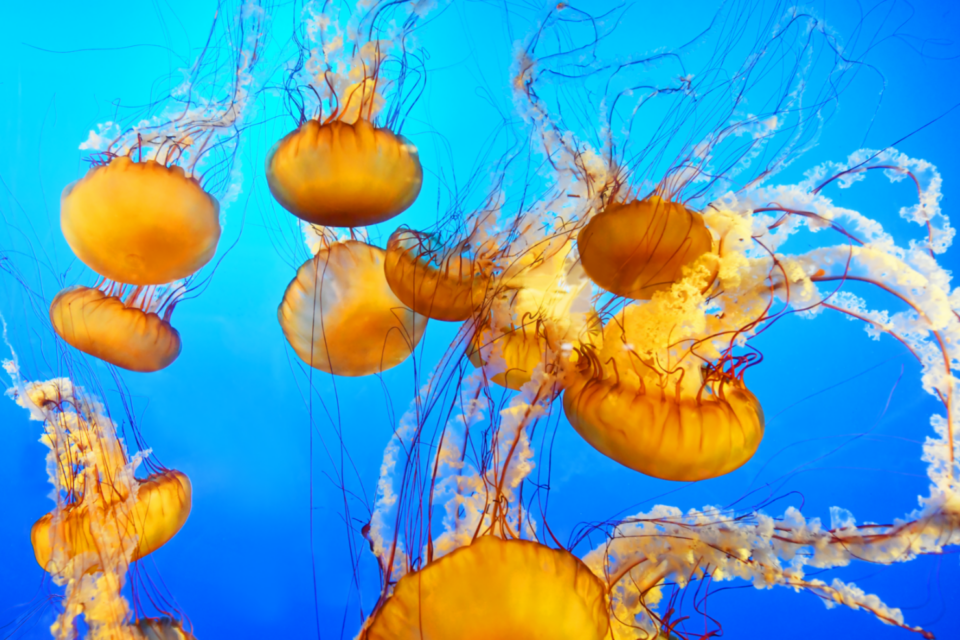 Jellyfish vision anatomy is quite variable, ranging from complex eyes to simpler ones to no eyes at all. This is why jellyfish seemed to be a perfect model for exploring the evolution of eyes. All of this indicates that the different eyes of various jellyfish evolved independently from each other. Scientists hope that by researching the convergent evolution of jellyfish eyes they can better understand evolution genetically, cellularly and morphologically.

“Eyes evolved multiple times independently within the jellyfish,” explained Paulyn Cartwright of the University of Kansas. “We’ve known for a while that there is not a single origin of eyes in all animals but were surprised at how many times they evolved independently in jellyfish.”

The scientists now plan on creating a genetic comparison of the ways in which each type of jellyfish eye evolved to produce a phylogenetic tree.

“Jellyfish are a really nice system for this, because they have a diversity of eyes, ranging from simple clusters of light-sensing cells to very complex eyes – camera-type eyes that can form images and have a lens, a cornea and a retina – so superficially, they can look identical to vertebrates,” said Cartwright.

The scientists plan to analyze many of the few thousand extant species of jellyfish, looking at the shared genetics and difference in basic genetic building blocks found in their eyes.

“Cells themselves have their own characteristics, and they’re really an outcome of many, many different genes being expressed – so sometimes we might miss an overall pattern by looking at individual genes,” Cartwright said.

“But if we look at all the genes that are expressed at the cell and what that particular outcome is, that might give us a different level of information. That’s why it’s great to look at all those different levels and see what is similar and what’s changed to really help us understand this very complicated question.”

“Jellyfish are a great system to do this because they’re so amenable to these types of experiments. We can look at individual genes and how they’re expressed; we can look wholesale at all the genes that are expressed in those cells; and then we can see what is similar at the morphological level between those and what’s different.”

Part of the research will include a trip to Panama, a hotspot for jellyfish diversity. Because there are thousands of jellyfish species, sorting out their genetics and phylogeny is a tall order. Adding to the challenge is the fact that finding and collecting small jellyfish, some of which hide deep in the ocean can be hard. If the scientists are successful though, they may glimpse one small faucet of the mystery of life on earth.