250,000 reindeer in Siberia are being killed to make room for drilling • Earth.com 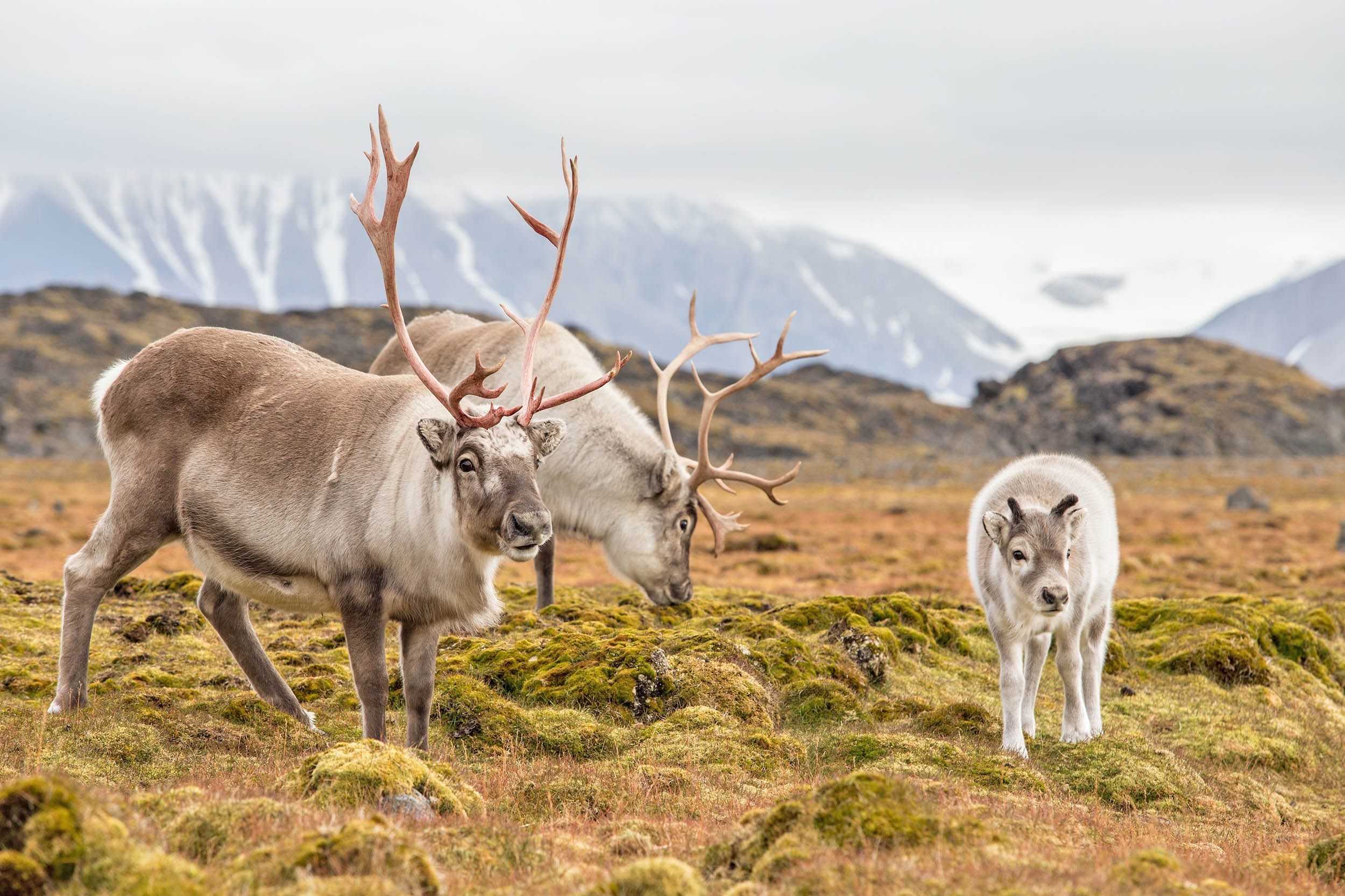 250,000 reindeer in Siberia are being killed to make room for drilling

Reindeer in Siberia play a crucial role in the lives of the indigenous people. They rely on their reindeer herds for food, clothing, and income.

The indigenous reindeer herders in Russia’s northern Yamal Region, a remote section of Siberia where winter temperatures can sink below minus 50 degrees Celsius, are familiar with nature’s caprice.

Last year, 70,000 reindeer  starved to death when ice and deep snow sealed off the Arctic tundra where they graze. This summer, the region’s first outbreak of anthrax in 75 years – an epidemic thought to be linked to climate change – sickened humans and animals alike.

Now, the nomadic herders who cover the same icy ground their ancestors roamed for centuries are facing a man-made threat as officials push ahead with an unprecedented culling that calls for at least one in seven of the Yamal’s reindeer to be slaughtered.

The cull that started this month is championed by local officials and scientists who say a record reindeer population is leading to over-grazing and more frequent epidemics. But environmental activists and some herders allege that energy interests pressed for the forced killings, which they say could destroy the endangered culture of the Nenets people.

“Every herder should decide the fate of their own reindeer,” Eiko Serotetto, the owner of a 200-head herd who has called on Russian President Vladimir Putin to stop the expanded cull, said in an interview.

The rare tradition of nomadic reindeer herding the Nenets people practice sees them complete annual migrations of hundreds of miles as they drive their flocks from winter grazing lands below the Arctic Circle to the tundra near Yamal’s northern coast.

Since during the Soviet era, the government has organized an annual cull in which up to 70,000 reindeer are usually killed off. This year, officials announced that 100,000 of the animals would be slaughtered by the end of December.

The final number could end up being higher since the slaughtering season also has been extended until the end of January, a month longer than usual.

One of the most heavily affected areas is the Yamal Peninsula, a 435-mile-long promontory of wind-blasted land made up of permafrost and serpentine rivers jutting into the icy Kara Sea and home to about 280,000 of the Yamal Region’s estimated 700,000 reindeer.

Shrinking the number of reindeer on the peninsula is necessary for their continued survival, according to Lyudmilla Morozova, a researcher at the Russian Academy of Sciences. The population has grown by 50 percent over the last two decades, Morozova said, and large tracts of reindeer moss, a slow-growing staple of the species’ herbivore diet, have been lost due to over-grazing.

“It is essential to urgently reduce reindeer numbers,” she said. “The reindeer have eaten all the stores (of food) they shouldn’t have eaten, and we are on the edge of a cliff.”

Slaughter house workers, many of them former herders, are given kill quotas by the regional government that they levy on herd owners, who in turn receive a fixed price of 190 rubles ($3) per kilogram of meat. During the cull, herders bring their reindeer to one of six regional slaughter houses, each of which can process up to 260 animals a day. The meat is then sold commercially.

Although the Nenets relied on their herds for food and clothing before the Russian Revolution, the yearly cull has become an integral part of their lives and livelihoods, providing one of their primary sources of income.

Andrey Rubashin, the deputy head of Yamal’s agriculture, trade and provision department, said the bigger cull will mean more money for herders. Ten more slaughter houses partly financed by donations from oil and gas companies will be built by 2020, according to Rubashin.

“The aim is to push our reindeer herders toward a more intensive use of their reindeer,” he said in an interview in the regional capital of Salekhard.

Opponents of the culling plan say traditional pasture lands are disappearing due the growth of the oil and gas industry in resource-rich Yamal, not the reindeer population.

The industry’s rapid expansion over the last 15 years has curtailed the access herders have to pasture and their freedom to move across the tundra. Reindeer migration routes are restricted by pipelines, railways, roads and large zones around drilling sites, where herders are prohibited from camping.

“It is an unequivocal tragedy for both people and animals,” Yelena Sakirko, the Arctic coordinator for Greenpeace in Russia, said of the bigger cull. “It will end up with nomadic reindeer herders turning into settled reindeer farmers. This is a completely different form of husbandry, and means the loss of a culture.”

Reindeer numbers are not unusually high at the moment, according to Moscow-based anthropologist Olga Murashko, who said they were at similar levels in pre-revolutionary Russia and during the 1980s and have remained static for nearly a decade.

The Yamal Region already has one of the biggest natural gas fields in Russia, the Bovanenkovskoye field, which is operated by state-owned Gazprom. Rising temperatures and melting Arctic sea ice mean the Yamal Peninsula also looks set to become an energy export hub.

Greenpeace estimates there are 1,100 kilometers (684 miles) of pipelines and 2,095 kilometers (1,302 miles) of railways on the Yamal Peninsula, where 15 percent of the land is licensed for exploration and drilling.

In the short-term, herders fear they are being made to slaughter reindeer they would not normally sell for meat and money, and for reasons that remain unclear. Serotetto says the terrain where he spent his childhood is now inaccessible because of a natural gas compressor station.

The 25-year old herder said he usually sends 10 percent of his herd for slaughter, but he does not yet know if he will be forced to sacrifice more this year. He created an online petition to Putin in October that has gotten 962 signatures.

“Our president should know we are also humans, and it is not just the gas industry that can work here,” he said.