Lichen communities destroyed by wildfires are not returning • Earth.com 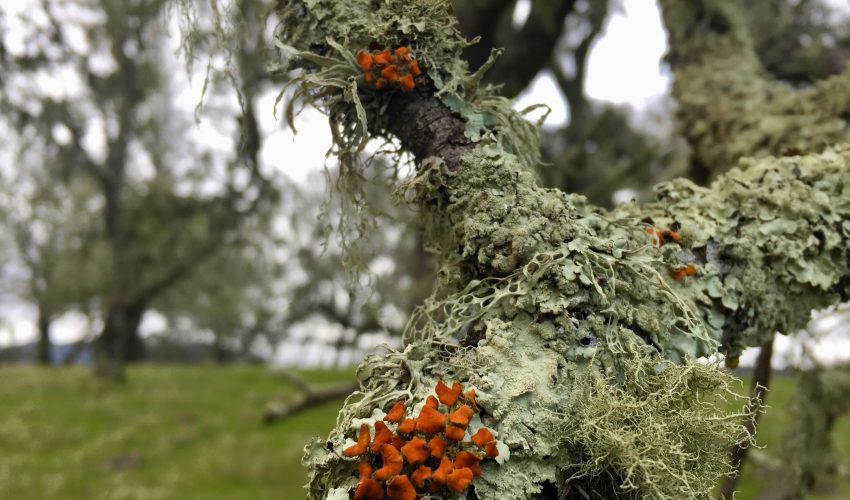 Lichen communities destroyed by wildfires are not returning

New research by scientists at the University of California Davis has found that lichen communities, which are essential to life across conifer forests, are not always returning after wildfires. According to the study, lichen have still not recovered in some western regions many years after the land was scorched by fires.

Lichen forms leaf-like layers over tree bark and rocks, providing food and critical resources for deer, birds, and many other species. Lichen also makes an important contribution to the nutrient cycle, as it helps to facilitate nitrogen fixation in the soil.

Study lead author Jesse Miller is a postdoctoral scholar in the Department of Environmental Science and Policy at UC Davis.

“Lichen are beautiful, ecologically important, are all around us and tell us important things about the environment,” said Miller. “But even if you don’t notice lichens, you would notice the consequences in ecosystems when they are lost.”

The researchers sampled lichen communities in about 100 study sites across the Sierra Nevada region of California. Between four and 16 years prior to the research, wildfires had burned in and around the plots with different levels of severity.

Lichen communities were found to be largely unaffected by low-severity fires, which indicates that natural wildfires as well as prescribed burns do not sacrifice lichen diversity.

On the other hand, sites where wildfires had been more intense were found to have significantly less lichen diversity or abundance. In burned areas where most of the trees had died, lichen were nearly all gone and had not yet returned in as many as 16 years.

The researchers explained that the recovery of lichen is probably limited by the loss of tree canopy after the fire. The dry microclimate that is left behind after a fire is not conducive to lichen growth. Therefore, lichen communities will not likely return across burned regions of the Sierra Nevada forests until mature trees reappear and the forest canopy is restored.

“If the species could keep pace with the rate of climate change, the effects of fire might not be so bad,” said Miller. “But the concern is they might not. These fires happen so quickly and in such a large area, they could cause species ranges to contract faster than they are expanding.”

The trend of more intense fires and increasingly dry forests could cause irreparable harm to lichen diversity, which would impact nutrient cycling and food-chain interactions across forest ecosystems.