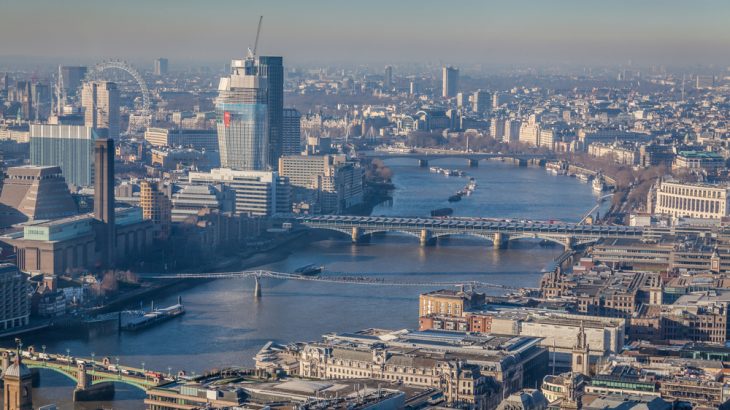 A new report has linked a deadly asthma attack that killed a 9-year-old schoolgirl to London air pollution.

Thanks to the report, Rosamund Kissi-Debrah, the mother of young Ella Kissi-Debrah, will be able to seek a new inquest into Ella’s death.

“Words cannot express how happy I am that the attorney general has taken this decision, and I would like to thank him for reaching his conclusion,” Rosamund Kissi-Debrah told The Guardian on Friday. “Nothing will bring my beautiful, bright, bubbly child back, but now at least I may get answers about how she died and whether it was air pollution which snatched her away from us.”

Ella Kissi-Debrah, who lived in south London about 80 feet from a busy, smoggy road, died in February 2013 after struggling with breathing difficulties for three years. The deadly asthma attack led to the last of 27 separate hospital visits following a chest infection in 2010. Before the illness, she’d been active and healthy.

Dr. Stephen Holgate of the University of Southampton, an expert on air quality and health, examined spikes in south London air pollution to see if they had an impact on Ella’s health.

He found a “striking association” between Ella’s hospitalizations and illegally high spikes in air pollution in the neighborhood where she lived. The deadly asthma attack that took her life came in the midst of one of the worst south London air pollution spikes.

“The dramatic worsening of her asthma in relation to air pollution episodes would go a long way to explain the timing of her exacerbations across her last four years,” Holgate told The Guardian last July. “There is a real prospect that without unlawful levels of air pollution Ella would not have died.”

Air pollution has been linked to deaths all over the world, from infants to the elderly. Pollution is linked to higher rates of pulmonary and cardiac diseases like asthma, high blood pressure and heart attacks, as well as a higher risk of diabetes.

On the flip side, cutting air pollution can also lead to a drop in the number of pollution-related deaths.

Human rights lawyer Jocelyn Cockburn of Hodge Jones & Allen, who is representing Rosamund Kissi-Debrah, supports the idea of moving ahead with an inquest into Ella’s deadly asthma attack.

“An inquest will provide a better understanding of why she died and whether her death was avoidable. It will force the government and other bodies to account for their actions and, in many regards, their inaction on air pollution over this period,” she told The Guardian.

To that end, Rosamund has started a crowdfunding effort at Crowd Justice to pay for a legal inquiry into the London air pollution that may have killed her daughter.

“Now I hope a new inquest will make those in power realise that our children are dying as a result of the air that they breathe. This cannot go on,” she said. “Why is this not being taken more seriously by the government? What do we need to do to make them prioritise our children’s lives over convenience and the rights of people to pollute?”