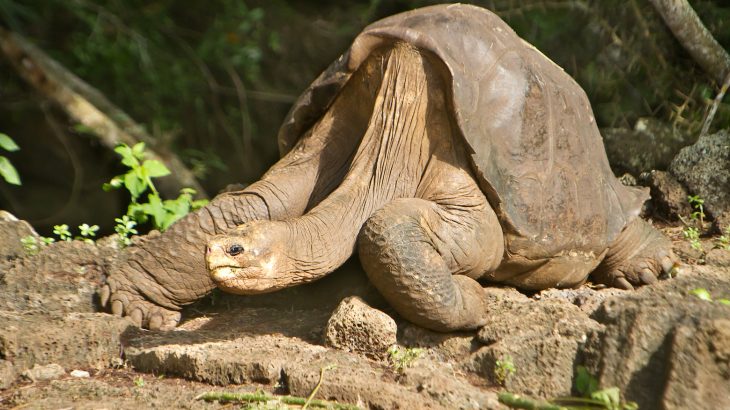 When he died in 2012, Lonesome George was the last living tortoise of his species from Pinta Island. But now, George’s legacy is living on, thanks to a new study by researchers at Yale University, the University of Oviedo, the Galapagos Conservancy, and the Galapagos National Park Service.

According to the researchers, Lonesome George and other giant tortoises of the Galapagos Islands are still sharing their secrets for longevity. The experts focused on giant tortoises because the creatures are known for their ability to live up to 100 years in captivity.

The genetic analysis of DNA samples has revealed that the tortoises contained a number of gene variants linked to DNA repair, immune response, and cancer suppression that are not possessed by shorter-lived vertebrates.

Adalgisa “Gisella” Caccone is a senior researcher in Yale’s Department of Ecology and Evolutionary Biology and a co-senior author of the paper. “Lonesome George is still teaching us lessons,” said Caccone.

In 2010, Caccone set out to sequence the whole genome of Lonesome George, who belonged to the lost species Chelonoidis abingdonii. The data from George is invaluable for studying the evolution of the tortoise population on the Galapagos Islands, according to Caccone.

Study co-author and cancer researcher Carlos Lopez-Otin explained: “We had previously described nine hallmarks of aging, and after studying 500 genes on the basis of this classification, we found interesting variants potentially affecting six of those hallmarks in giant tortoises, opening new lines for aging research.”