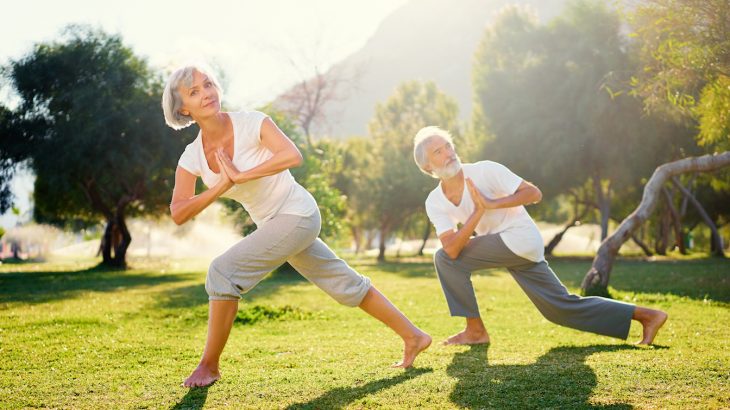 Diet and other lifestyle factors can influence unhealthy aging, but there are also other less understood underlying biological processes that can impact aging.

In a new study, researchers from the Salk Institute identified some key molecular signatures across all age groups that predict aging.

The study was published in the journal Genome Biology.

“This experiment was designed to determine whether there are molecular signatures of aging across the entire range of the human lifespan,” said Saket Navlakha, a co-senior author of the study. “We want to develop algorithms that can predict healthy aging and non-healthy aging, and try to find the differences.”

The researchers collected and analyzed dermal fibroblast skin cells from 133 individuals aged 1 to 94 with about thirteen people per decade of age to get a large enough representation of the different age groups.

Dermal fibroblasts, which generate connective tissue and help with healing, were chosen for the study because they are easy to collect from a skin biopsy and previous research has suggested that the cells may contain aging signatures.

RNA sequencing was used to find any biomarkers of aging and identify which genes were turned on or off within the cells.

“We took a ‘kitchen sink’ approach with this project,” said Jason Fleischer, a first-author of the study. “Rather than going into this research with an idea of what we wanted to find, we decided to look at the changes in expression of all the protein-coding genes and let the algorithms sort it out. We used what’s called an ensemble machine-learning method to do this.”

The algorithms were able to predict the age of a person from their cells within a range of eight years.

To test their algorithms, the researchers collected fibroblasts from ten patients diagnosed with progeria, a genetic disease that accelerates aging, and used the machine learning system to analyze the cells.

The results showed that the cells were at least a decade older than the actual age of the patients they came from, proving that the algorithm could accurately calculate and predict aging.

“The fact that our system can predict this kind of aging shows that this model is starting to get at the true underpinnings of biological age,” Fleischer says.

The study provides a better understanding of biological aging and could help pave the way for treating and preventing age-related health problems like dementia and heart disease.

“Aging is a driver of so many diseases, including Alzheimer’s and other neurologic problems,” said Navlakha. “If we are able to show that the changes we’ve seen in fibroblasts are connected with aging in other types of cells, we may eventually be able to use these signatures to develop targeted interventions.”