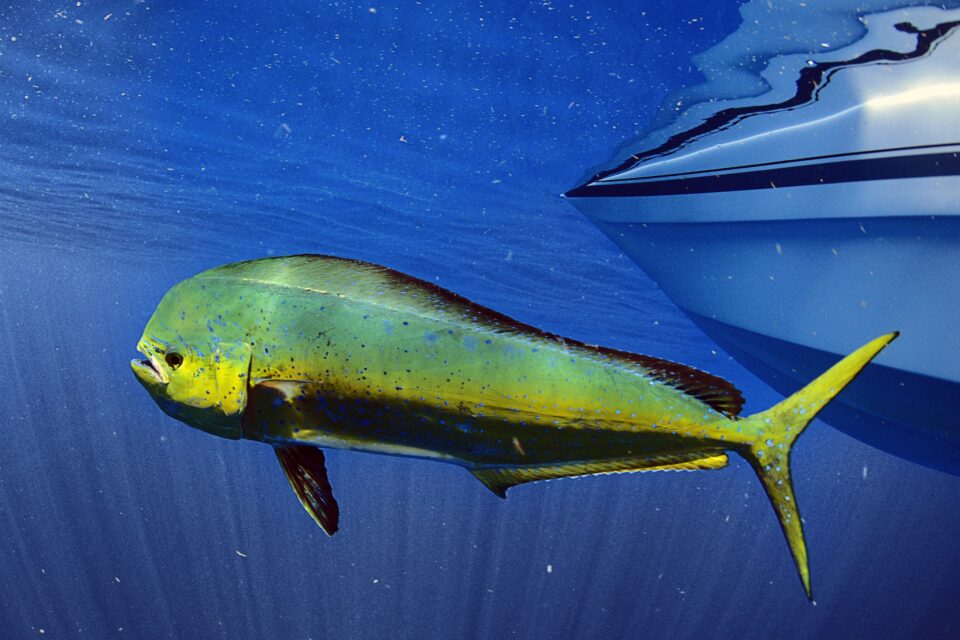 In a new study from the University of Miami, scientists have looked at the impact of sublethal exposures of oil on mahi-mahi, a commonly sought sport fish. Mahi-mahi are found in subtropical regions, including the Gulf of Mexico. Due to this, the scientists are using their research as an analogue for damage from the Deepwater Horizon oil spill.

For the investigation, mahi-mahi were captured and placed either in a tank with sublethal amounts of oil or a control tank with clean water. The fish were fitted with satellite tags which collected and transmitted data on depth, acceleration, temperature and location to the scientists. Clips from fins were also taken to assess gene expression.

“Our findings showed that sublethal observations in the laboratory are also observed in wild fish and that they translate to reduced survival and reduced reproduction,” said lead author Lela Schlenker, a graduate of the Rosenstiel School.

While still in the lab, the fish showed impacts to their vision, smell, and swimming abilities. There was also evidence that their entire sensory and central nervous systems were incapacitated to some degree.

After release, the mahi-mahi that had been exposed to oil were preyed upon more heavily for the first eight days. Exposed fish also saw a decrease in spawning for a full 37 days compared to control fish.

The scientists conclude that exposure of fish to oil, as happened during the Deepwater Horizon leak, can negatively impact fish and is one more step towards a full reckoning with the damage such oil spills cause.