Male baboons live longer when they have female friends • Earth.com 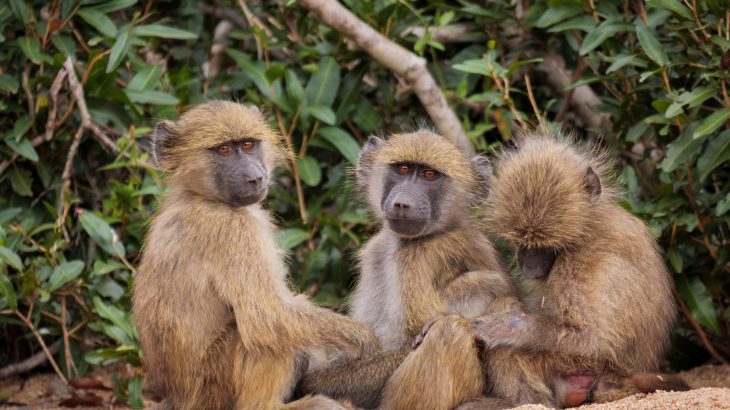 Male baboons live longer when they have female friends, according to a new study from Duke University. The researchers found that strong social bonds between members of the  opposite sex were linked to higher survival rates.

While it is easy to assume that males are friendly with certain females for reproductive benefits, the new findings suggest that having female friends may give males a better chance at survival.

Among humans, previous studies have shown that making and keeping friends can be as important for longevity as losing weight and getting exercise. Similar patterns have been found in a wide variety of animals, ranging from monkeys and horses to dolphins and killer whales.

However, most of this research was focused on females, who tend to stay with the same groups as the males come and go. As a result, the dynamics of male social bonds are much less understood.

The study was focused on data from more than 540 baboons in Amboseli National Park in Kenya. Since 1971, researchers have followed individual baboons on a near-daily basis as part of the Amboseli Baboon Research Project. The experts documented who the baboons socialized with and how they fared over their lifetime.

The Duke team used statistical techniques to calculate mortality risk at each age, and to investigate whether the link between survival and friendship was the same for males and females.

Baboon friendships are reflected in the time they spend grooming one another. This is a give-and-take interaction that involves sitting close together and stroking and picking through each other’s fur to remove parasites such as ticks.

“It’s a baboon’s way of bonding and relieving stress, as well as providing some help with hygiene,” said study senior author Susan Alberts.

Males spend very little time grooming each other, but they do groom with females, and not just when the females are fertile, explained the researchers.

The team used more than 35 years of data to estimate the strength of the bonds in each baboon’s inner circle by measuring how often they spent time grooming with their closest friends. The study revealed for the first time that “baboon males live longer lives if they’re socially connected.”

The experts found that males who maintained strong female friendships were 28 percent more likely to survive until their next birthday. By contrast, social isolation was found to be a bigger threat to male survival than the stress and dangers of social competition.

Alberts said further research is needed to confirm that the link in baboons is in fact a causal one, and if so, to figure out exactly how the bonds of friendship affect physiology to lengthen their lifespans.

According to the researchers, their work on baboon social behavior suggests that the power of friendship may have deep evolutionary roots in the primate family tree.

“How do primate friendships get ‘under the skin’ to lengthen life?” said Alberts. “We still don’t know; it’s one of the most wonderful black boxes in my life.”