Male fertility declines stir fears for the future of the human race • Earth.com 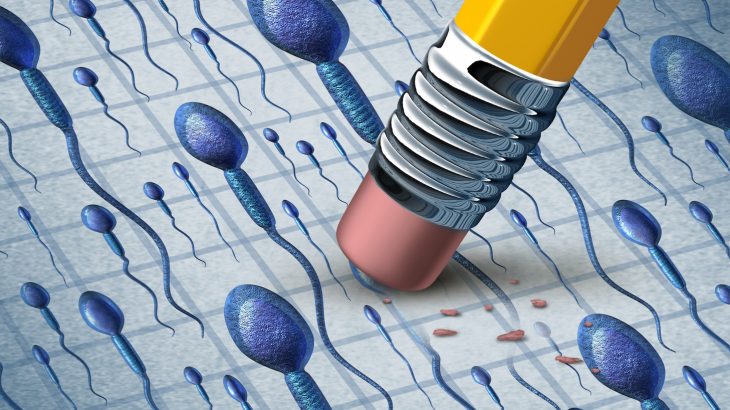 A new study has found that male fertility is declining in the United States and Europe, and the results point to the endangerment of the human race if fertility rates continue to drop.

The findings come after it was discovered last year that sperm counts in men from western countries have dropped by over 50 percent since 1973.

Researchers from Sidney Kimmel Medical College in Philadelphia in collaboration with the fertility clinic IVIRMA conducted the study.

Sperm count data on 124,000 men who sought treatments for fertility problems in Spain and the United States between 2002 and 2017 were analyzed by the researchers.

The men included in the study were split into three groups based on the number of “swimming sperm” or total mobile sperm count (TMSC) in their semen.

According to the Daily Mail, which reported on the study, TMSC is a more accurate way to measure fertility rather than just total sperm count.

The researchers found that sperm quality in men in the US and Europe has declined by around 2 percent every year since 2002.

Men who were categorized as the “least fertile” also rose from nine percent to 11.6 percent by 2017.

A second recent study examined male fertility in the United States and the results show similar declines in sperm quality over the years.

Researchers from the Icahn School of Medicine in New York reviewed sperm data from over 2,500 sperm donors from all over the country. The researchers found that in 11 years, fertility has declined in five out of six cities included in the study.

What’s causing these downward trends in sperm counts is not well understood, but according to the Mirror, experts point to chemicals used in plastics and furniture coatings as well as sedentary lifestyles, alcohol consumption, smoking, and too much caffeine as all potential culprits.

“We did not expect to see the same fall in sperm quality in Spain and the US. If this trend continues, there is potential for more men to become infertile,” James Hotaling, a co-author of the study told the Daily Mail.