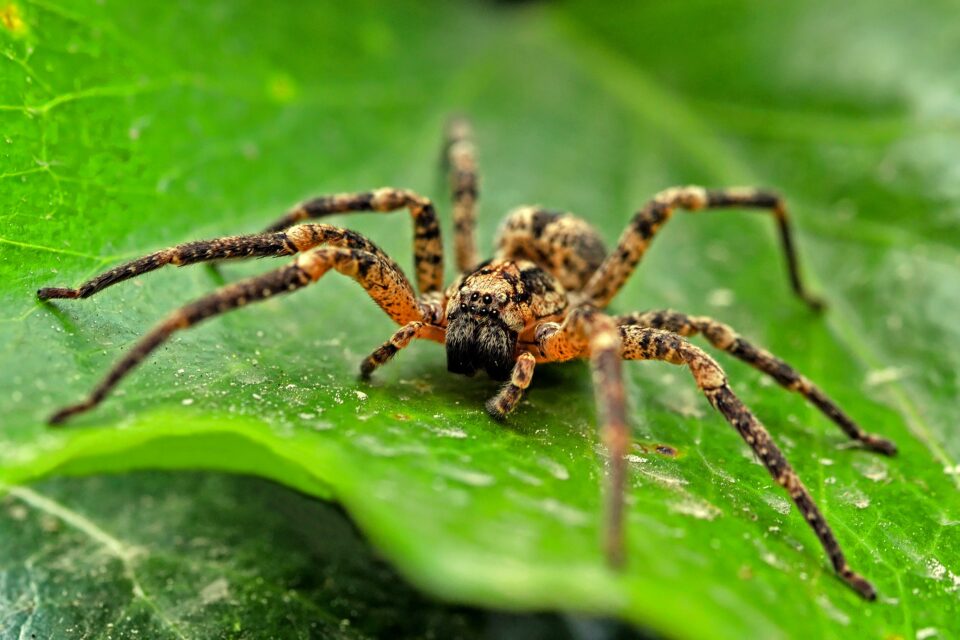 Scientists have previously documented a variety of intricate mating behaviors in the animal kingdom, such as the elaborate dances of the birds-of-paradise or the geometric seafloor sculpting of the white-spotted pufferfish. Now, a research team led by the University of Nebraska-Lincoln has found that, in order to woo receptive females, male wolf spiders (Schizocosa stridulans) will often perform appendage-scraping, abdomen-quivering, leg-tapping performances that can last up to 45 minutes.

“Females prefer to mate with males that can produce more complex signals than others,” said study lead author Noori Choi, a doctoral student in Biology at the University of Nebraska. “We wanted to understand why the males use complex signals instead of just simple ones. The complex signals take a lot of energy and time to produce and can even increase the risk of (attracting) predators.”

By analyzing the courtship routines of 44 wolf male spiders, Choi and his colleagues discovered that the nine successful males that managed to mate with the females produced more complex vibratory signals than the 35 males which were turned down. In addition, the successful males were more likely to direct their intricate performances to woo heavier females, which usually give birth to larger, healthier clusters of spiderlings.

The scientists were surprised to find that, as the courtship ritual went on, the successful males ramped up the complexity of their performance, suggesting that they may have been responding to signs of interest from the females. “Signalers are paying attention to the receivers, they’re paying attention to their environment, and they’re adjusting accordingly,” said study senior author Eileen Hebets, a professor of Biology at Nebraska. “We see that in lots of other animal groups, but people who work on other animal groups are often surprised when they see stories of spiders engaging in these sophisticated behaviors.”

According to Professor Hebets, females are not necessarily looking for the biggest, loudest, or strongest males. “But maybe they’re looking for a male that is really athletic and can coordinate all of these different signals into one display,” she said. Alternatively, females may just be better at processing complex signals, or may simply prefer novel sounds. “There are a lot of studies which show that animals prefer novelty, in some capacity,” Professor Hebets added. “Increasing complexity, especially through time, you could almost think of as novelty – the males constantly changing things up to keep the females’ interest.”

Further research is needed to elucidate the structure and functions of this fascinating behavior, in order to better understand the sexual dynamics at play between males and females wolf spiders.