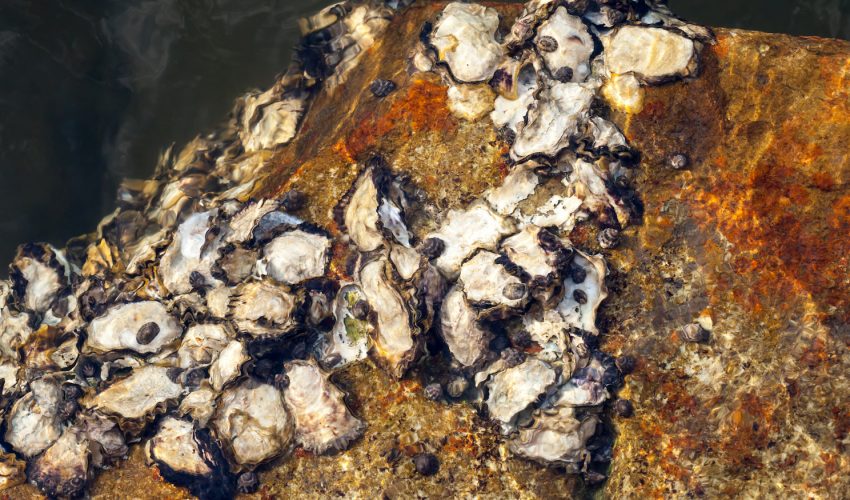 Scientists have found that protected marine reserves can help oyster populations recover by use of larval “spillover” if the conditions are right. In one of the first studies of its kind, researchers demonstrated the marine population benefits of combining different habitat restoration strategies.

Oysters are not only key components of marine ecosystems, but are also important for coastal economies. For thousands of years, oysters have been a source of food that supports commercial fisheries around the world.

Compared to past levels of oysters, there is now an 85 percent decline in oyster beds due to overfishing and habitat destruction. One way to restore oyster populations is by designating areas where fishing is not allowed.Fish that live in such marine protected areas (MPAs) often recover significantly in both size and abundance compared to areas where fishing is not restricted. MPAs may also boost fish populations through larval spillover, even though evidence of this is limited.

Marine ecologist Dr. David Eggleston has been coordinating with other scientists in an effort to restore oyster populations in Pamlico Sound, North Carolina, which is the second largest estuary in the country. The project has successfully restored oyster reefs in both reserves and harvested areas.

Dr. Eggleston and his team began this study over 20 years ago to determine whether habitat restoration and harvest protection are providing the intended benefits. In particular, they wanted to examine whether reserves are providing larval spillover to harvested areas.

The evaluation also showed that potential larval output was around 6 times higher in the restored reefs, indicating that more larvae overflows from reserves to harvested reefs than the other way around. Therefore, reserves can contribute substantially to the larval supply of the overall oyster population.