Mars will disappear behind a full moon this week • Earth.com 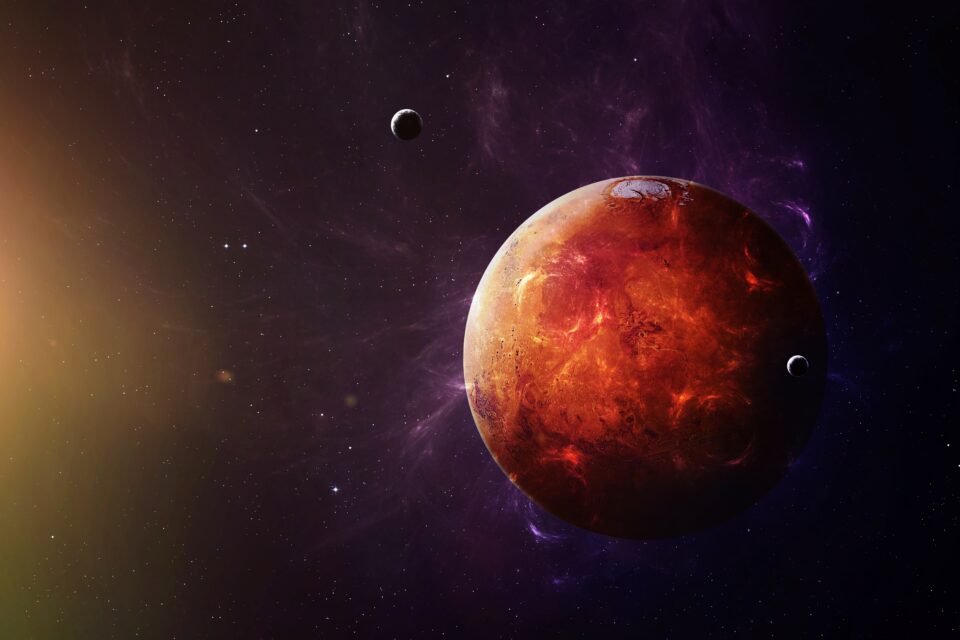 On Thursday, December 8, 2022, UK stargazers will get the best view of Mars on offer this decade, without needing a telescope to observe the fascinating Red Planet. This will happen because, on Thursday morning, the planet will be located in the opposite direction to the sun, relative to Earth, and will thus appear bigger and brighter, since it will be at its closest point to Earth, just about 50 million miles away. Coincidentally, at 4:58 AM GMT, Mars will also disappear behind the full moon, before reappearing at 5:59 AM (an event called “occultation”).

According to Robert Massey, a scientist at the Royal Astronomical Society, stargazers in the UK will easily be able to see Mars under clear skies by looking east. “If you want to see Mars, go out after sunset when it’s dark and look east,” he advised. “It will be really obvious if you’ve got a clear sky – a brilliant red dot.” Outside UK, Mars – and its occultation by the moon – will also be visible in other parts of western Europe, North America, and North Africa.

Moreover, Dr. Massey explained that two major events involving Mars will occur on Thursday: “opposition” – when the Earth passes between the sun and Mars on its orbit – and “occultation” – when the moon is blocking Mars. While opposition occurs about each 26 months, its occurrence together with occultation is a much rarer, and “very unusual” event. On Thursday morning, opposition will occur at 5:35 AM, about halfway through the occultation event.

“In the hours before that occultation takes place the moon will be just to the right of Mars in the sky,” Massey explained. “If you were to stay up later and later it will get closer and closer until it covers it. But the planet is close throughout December and it’ll be obvious through January too.”

Although the Red Planet will be easily visible with the naked eye, people could get a better view of the polar ice caps and dark markings on its surface by using a telescope.

“People want to know when they’ve seen planets and this is a really good chance to go out and look at Mars. This is a place people talking about traveling to, this is a place where all these rovers are driving around the surface. There might once have been life there and there might just still be simple life there today, so if you want to know where that is, this is the time to go out and look for it,” Massey concluded.