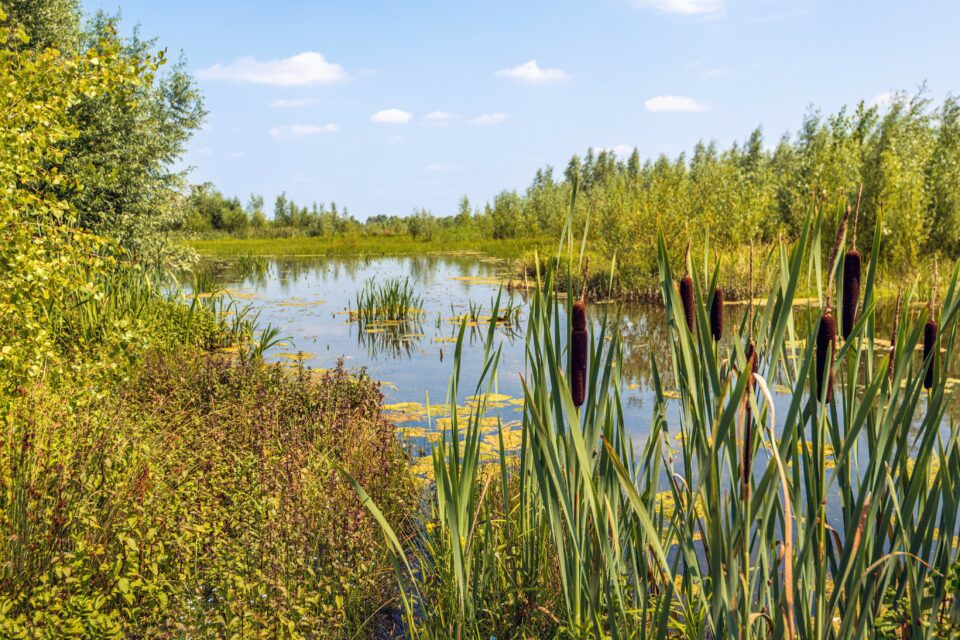 Southern cattail (Typha domingensis) is a reedy marsh plant which inhabits fresh to slightly brackish waters and stands about five to 13 feet tall. A new study led by the University of São Paulo (USP) in Brazil has found that these marsh plants can scavenge up to 34 times more manganese from contaminated soils than other plants such as hibiscus, sedges, or rushes that inhabit similar environments. The findings demonstrate the Southern cattail’s potential for use in the sustainable rehabilitation of areas affected by iron mine tailings.

The scientists conducted the study in Regência on the Doce River estuary in the Espírito Santo state, an area that was flooded by part of the 50 million cubic meters of iron mining waste released when the Fundão tailings dam burst in November 2015 in Mariana, a city located in Minas Gerais (a neighboring state to Espírito Santo), leading to the worst environmental disaster in Brazilian history, which affected 41 towns and killed 19 people.

Moreover, the toxic waste that reached the estuary about two weeks later is estimated to have contaminated 240.8 hectares of the Atlantic Rainforest and killed 14 metric tons of fish. While many projects to mitigate the damage have been launched since then, the estuary remains contaminated.

Now, the scientists discovered that the Southern cattail can effectively extract and remove elemental pollutants or lower their bioavailability in soil through a process called phytoremediation.

“We knew from research by others that manganese is a problem in the region, contaminating the water, soil and fish. When we went to the area affected by iron ore tailings, we expected to find that T. domingensis and Eleocharis acutangula [Acute spikerush] accumulated more manganese than H. tiliaceus, a tree species found in the area, but the results showed that T. domingensis can accumulate 13 times more manganese in its aerial parts than the other two species,” explained study lead author Amanda Duim Ferreira, a PhD student in Soil Science at USP.

“These discoveries open up a range of possibilities for the use of phytoremediation. Knowledge of absorption mechanisms can be a basis for growing T. domingensis via different strategies to obtain optimal results,” added study senior author Professor Tiago Ferreira.

“We’re applying several techniques on the basis of what we know about the best time for planting and the number of harvests per year to increase biomass production and remove the most manganese and iron,” concludes Ferreira.

The study is published in the Journal of Cleaner Production.