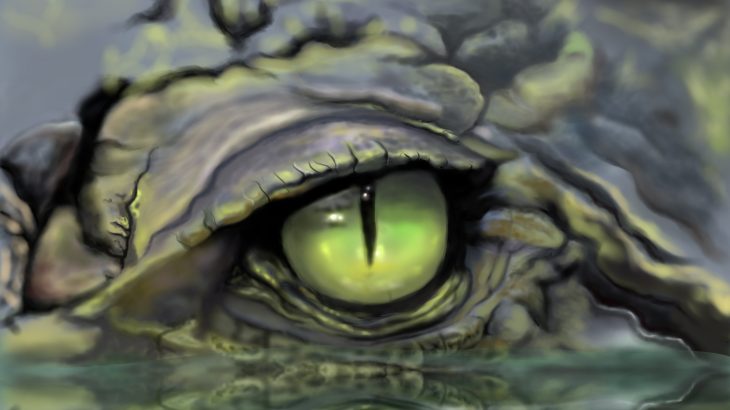 In a new study led by the University of New Mexico, experts have discovered that massive teenage dinosaurs like T. rex and other carnivores transformed their communities by out-competing smaller animals. The research explains why there were many more gigantic species of dinosaurs than small ones, which is counterintuitive.

The study is the first to treat teenage dinosaurs as their own ecological entity while examining diversity on a community scale.

“Dinosaur communities were like shopping malls on a Saturday afternoon – jam-packed with teenagers,” explained study lead author Kat Schroeder. “They made up a significant portion of the individuals in a species and would have had a very real impact on the resources available in communities.”

Dinosaurs like T. rex are born from eggs, which means that they were only about the size of a house cat when they were born. With this in mind, the dinosaurs must have drastically changed their hunting patterns and food preferences as they grew to a massive size and ultimately weighed between one and eight tons.

While paleontologists have long suspected that giant carnivorous dinosaurs changed their behavior as they grew, it has been largely unknown how these behavioral changes affected the world around them.

“We wanted to test the idea that dinosaurs might be taking on the role of multiple species as they grew, limiting the number of actual species that could co-exist in a community,” said Schroeder.

The number of different types of dinosaurs known from around the world is lower than what may be expected, particularly among small species.

To investigate dinosaur diversity, the researchers collected data from well-known fossil sites from around the globe, including more than 550 dinosaur species. They organized dinosaurs by mass and diet, and examined the number of small, medium, and large dinosaurs in each community.

The analysis revealed a strikingly clear pattern. According to Professor Schroeder, there was a gap in which very few carnivorous dinosaurs between 200 pounds and one ton were present in communities that had megatheropods. “And the juveniles of those megatheropods fit right into that space.”

“Jurassic megatheropods don’t change as much and the teenagers are more like the adults, which leaves more room in the community for multiple families of megatheropods as well as some smaller carnivores,” explained Professor Schroeder. “The Cretaceous, on the other hand, is completely dominated by Tyrannosaurs and Abelisaurs, which change a lot as they grow.”

To determine whether the gap was actually caused by teenage dinosaurs, the experts reconstructed communities with the teens taken into account. By combining growth rates from lines found in cross-sections of bones, and the number of infant dinosaurs surviving each year based on fossil mass-death assemblages, the team calculated what proportion of a megatheropod species would have been juveniles.

Professor Schroeder pointed out that this research is important because it helps to clarify why dinosaur diversity was lower than expected based on other fossil groups.

Most importantly, noted Professor Schroeder, the study demonstrates the results of growth from very small infants to very large adults on an ecosystem.

“Dinosaurs have been a life-long passion. I was, and still very much am a ‘dinosaur kid.’ My interest in dinosaur diversity came about when I realized that no one was really looking at dinosaurs the way we look at modern mammals and birds.”

“There’s a ton to be gained from applying the methods of modern and paleo-ecology to dinosaurs. Fortunately, we’re now in an age of dinosaur research where a lot of information is available digitally, so the big data-intensive questions of ecology are now becoming more plausible for dinosaur paleontology.”