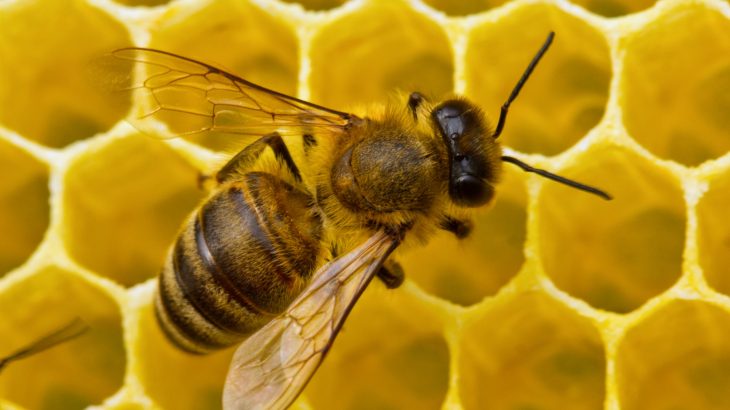 Common pesticides that are believed to threaten the health and survival of honeybees can now be detected in honey, according to researchers at the University of Waterloo. The team has developed an environmentally friendly, fully automated technique for extracting pyrethroids from honey.

“Pyrethroids insecticides may constitute a major hazard to honeybees, leading to colony collapse disorder. However, the determination of pyrethroids in honey has remained a challenging undertaking for analysts to date due to the high complexity of this matrix,” explained the study authors.

Colony collapse disorder has been plaguing honeybees since 2006. Pyrethroids have been identified as one of two main groups of pesticides that contribute to this phenomenon, which occurs when worker bees abruptly fail to return to the hive. This leaves the queen and other members of the colony struggling to survive.

Declining honeybee populations are particularly concerning to agricultural producers who rely on these bees and other pollinators to support billions of dollars worth of crops.

By removing pyrethroids from honey with the solid phase microextraction (SPME) method, it is easier for experts to identify locations where farmers use the pesticide and in what amounts. In the past, pyrethroids have been difficult to extract because of their chemical properties.

“Pyrethroids are poorly soluble in water and are actually suspended in honey,” said study co-author Professor Janusz Pawliszyn. “We add a small amount of alcohol to dissolve them prior to extraction by the automated SPME system.”

The pesticides are neurotoxins, which affect the way the brain and nerves work, causing paralysis and death in insects.

“It is our hope that this very simple method will help authorities determine where these pesticides are in use at unsafe levels to ultimately help protect the honeybee population,” said Professor Pawliszyn.

The study is published in the journal Food Chemistry.