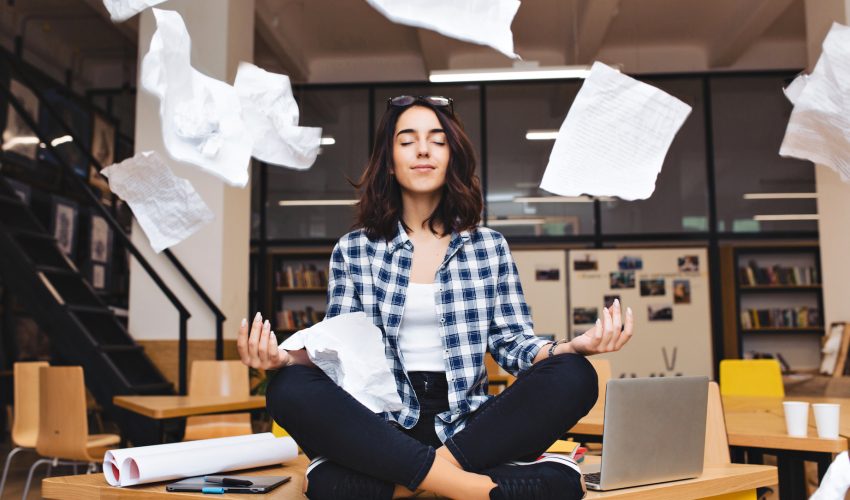 Both meditation and focused breathing practice have been long-claimed to increase one’s ability to focus more clearly on tasks. Breath-focused meditation and yogic breathing practices are known to have a number of cognitive benefits, ranging from increased focus and positive emotions to decreased emotional reactivity and improved arousal levels. Despite this, no direct neurophysiological link has been found between respiration and cognition… until now.

New research has shown for the first time that meditation and breathing exercises directly affect the levels of a natural chemical messenger in the brain called noradrenaline.

Noradrenaline is released when we are focused, challenged, curious, exercised, or emotionally aroused — although hopefully not all at the same time. If produced at the right levels, it can help the brain develop new connections. This means that the way we breathe has a direct effect on our brain chemistry, and can enhance our attention as well as improve our brain health.

The research was done by scientists at Trinity College Institute of Neuroscience and the Global Brain Health Institute at Trinity. They looked to measure study participants’ breathing, reaction time, and brain activity in an area of the brain stem called the locus coeruleus – where noradrenaline is made. The researchers discovered that participants who focused well while doing a task that necessitated a lot of focus had greater synchronization between their breathing patterns and their attention, compared to those who focused poorly.

“This study has shown that as you breathe in locus coeruleus activity is increasing slightly, and as you breathe out it decreases,” explains Michael Melnychuk, a PhD candidate at the Trinity College Institute of Neuroscience, and lead author of the study. “Put simply this means that our attention is influenced by our breath and that it rises and falls with the cycle of respiration. It is possible that by focusing on and regulating your breathing you can optimize your attention level and likewise, by focusing on your attention level, your breathing becomes more synchronized.”

The findings, published in the journal Psychophysiology, give a deeper look into the neurophysiological mechanisms that are behind ancient meditation practices. Additional research may help with the development of non-pharmacological therapies for people with attention compromised conditions like ADHD and traumatic brain injury.

“Our findings could have particular implications for research into brain ageing. Brains typically lose mass as they age, but less so in the brains of long term meditators,” says Ian Robertson, Co-Director of the Global Brain Health Institute at Trinity and Principal Investigator of the study. “More ‘youthful’ brains have a reduced risk of dementia and mindfulness meditation techniques actually strengthen brain networks. Our research offers one possible reason for this – using our breath to control one of the brain’s natural chemical messengers, noradrenaline, which in the right ‘dose’ helps the brain grow new connections between cells. This study provides one more reason for everyone to boost the health of their brain using a whole range of activities ranging from aerobic exercise to mindfulness meditation.”