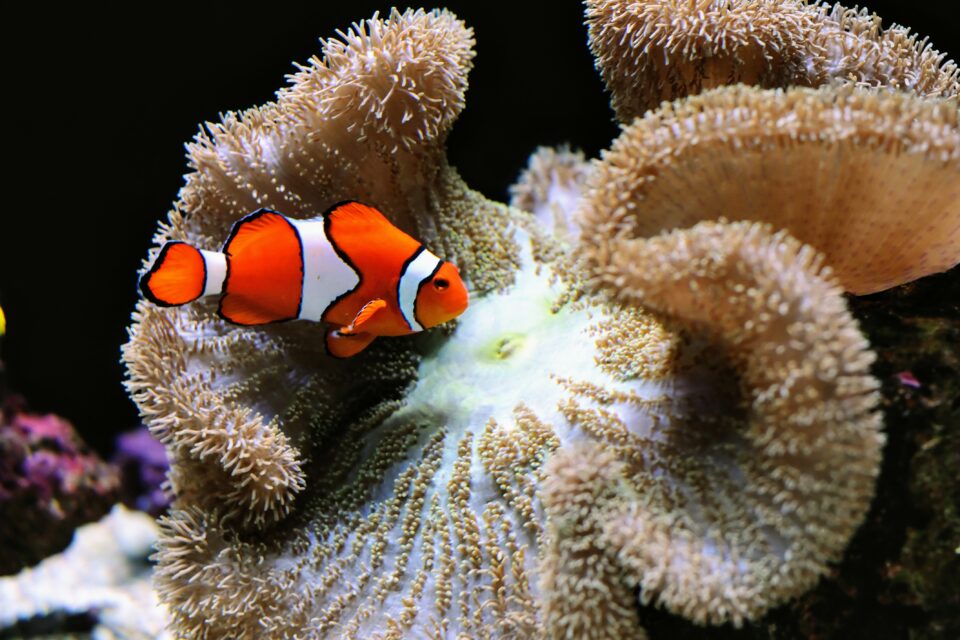 Anthropogenic climate change has caused major disturbances to marine ecosystems worldwide. Marine heatwaves have been particularly damaging, leading to mass mortalities of organisms and other deleterious effects. Prolonged rises in ocean temperature (for a few days or weeks) have devastating effects on habitat-forming species, including reef-building corals, sponges, gorgonians, seagrasses and kelps. These organisms are major contributors to ecosystem structure and functioning, mostly through the provision of habitat, food, and shelter for other, associated reef species.

In the summer of 2003, a severe marine heatwave (MHW) impacted the NW Mediterranean Sea with temperatures up to 3°C above the average. During this event, several populations of red gorgonian (Paramuricea clavate) and the red coral (Corallium rubrum) suffered mass mortality. Scientists in the region initiated research to monitor the recovery of five impacted populations of these coral reef species from Scandola marine protected area in Corsica, France.

The 15-year study, led by researchers from the University of Barcelona, has revealed that populations of P. clavata and C. rubrum – species that are essential for creating complex habitats on coral reefs – have failed to recover after successive marine heatwaves. The biomass of these species declined by between 80 and 90 percent during the study period.

This is the first study to assess the long-term recovery capacity of populations of these two important species of Mediterranean coral. Initially, the research focused on changes in density, biomass and size structure of these species in the highly protected Scandola marine reserve, as the scientists aimed to provide insights into the recovery capacity of these important reef species.

These are long-lived species that can survive for more than a hundred years in some cases. Their population dynamics are characterized by slow growth and recruitment rates, and individuals take a long time (sometimes up to 10 years) to reach sexual maturity. These statistics indicate that populations of the species may take a long time to recover from ecological disturbances, especially when mortality of adult reproductive colonies across populations is high.

Far from recording recovery, the researchers monitoring populations of P. clavata and C. rubrum witnessed the slow collapse of these species. Fifteen years after the 2003 MHW event, these populations are considered to be practically extinct from a functional perspective.

“We observed an average biomass loss regarding the initial biomass of 80% in populations of red gorgonian, and up to a 93% regarding the studied population of red coral,” noted Daniel Gómez, researcher at ICM-CSIC.

“These data are worrying for the conservation of these emblematic species, and it indicates that the effects of the climate crisis are speeding up, with obvious consequences for the submarine landscapes, where the loss of coral equals the loss of trees in forests,” said Joaquim Garrabou, also member of ICM-CSIC.

Unfortunately, the initial heatwave in 2003 was followed by subsequent warm water events in at least four of the years in the study period: 2009, 2016, 2017 and 2018. These marine heatwaves are clearly becoming more frequent and this is not helping the recovery of the long-lived reef species under investigation.

“We believe one of the main reasons why we observed these collapse trajectories is the potential recurrent exposure to heatwaves, incompatible with the slow populational dynamics of these species,” said Cristina Linares, a professor at the Department of Evolutionary Biology, Ecology and Environmental Sciences.

“During these heatwaves, the temperature conditions in the studied area reached extreme levels which are incompatible with the life of these corals, which probably caused new mortality events to the decimated populations and made the recovery impossible.”

As the effects of climate change intensify, the frequency and strength of marine heatwaves is set to increase, which could spell disaster for may coral populations, both in the Mediterranean and on reefs worldwide.

“However, there will probably be some areas in the Mediterranean in which, due to several factors, the recurrence of such climate impacts may be lower. This makes it especially relevant to keep – regarding other potential impacts – these climate refuges where the trajectories of coral populations could be more positive than those observed in this study,” noted the study authors.

“Nevertheless, there is an urgent need for stronger measures to be implemented against the climate crisis before the loss of biodiversity becomes irreplaceable.”

The research is published in the journal Proceedings of the Royal Society B Biological Sciences.