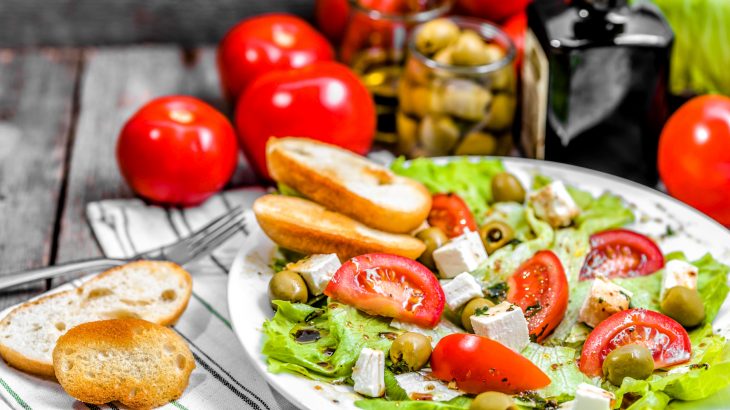 A Mediterranean diet could help protect your brain from Alzheimer’s disease and other types of dementia, according to a new study from the American Academy of Neurology.

The researchers have found evidence that a diet consisting mainly of vegetables, legumes, fruits, whole grains, fish, and olive oil can prevent memory loss and the accumulation of dementia-related proteins in the brain.

“Our study suggests that eating a diet that’s high in unsaturated fats, fish, fruits and vegetables, and low in dairy and red meat may actually protect your brain from the protein build-up that can lead to memory loss and dementia,” said study co-author Dr. Tommaso Ballarini of the German Center for Neurodegenerative Diseases (DZNE) in Bonn, Germany. “These results add to the body of evidence that show what you eat may influence your memory skills later on.”

The researchers investigated abnormal proteins called amyloid and tau, both of which are found in the brains of people with Alzheimer’s disease.

The study was focused on 512 people, including 169 who were cognitively healthy, and 343 who had a higher risk of developing dementia.

The participants were scored for how well they followed the Mediterranean diet based on their self-reported intake of 148 items over the previous month.

The experts evaluated cognitive skills using an extensive test designed to measure Alzheimer’s disease progression. The participants were given brain scans to determine their brain volume, while spinal fluid was tested for amyloid and tau protein biomarkers.

Ultimately, the researchers looked at the Mediterranean diet scores, and how these scores related to brain volume, tau and amyloid biomarkers, and cognitive skills.

The study revealed that in the area of the brain most closely associated with Alzheimer’s disease and dementia, every point lower people scored on the Mediterranean diet scale was equal to almost one year of brain aging. In addition, individuals did not follow the diet closely had higher levels of amyloid and tau proteins.

In memory tests, those who adhered to a Mediterranean diet had higher scores.

“More research is needed to show the mechanism by which a Mediterranean diet protects the brain from protein build up and loss of brain function, but findings suggest that people may reduce their risk for developing Alzheimer’s by incorporating more elements of the Mediterranean diet into their daily diets,” said Dr. Ballarini.