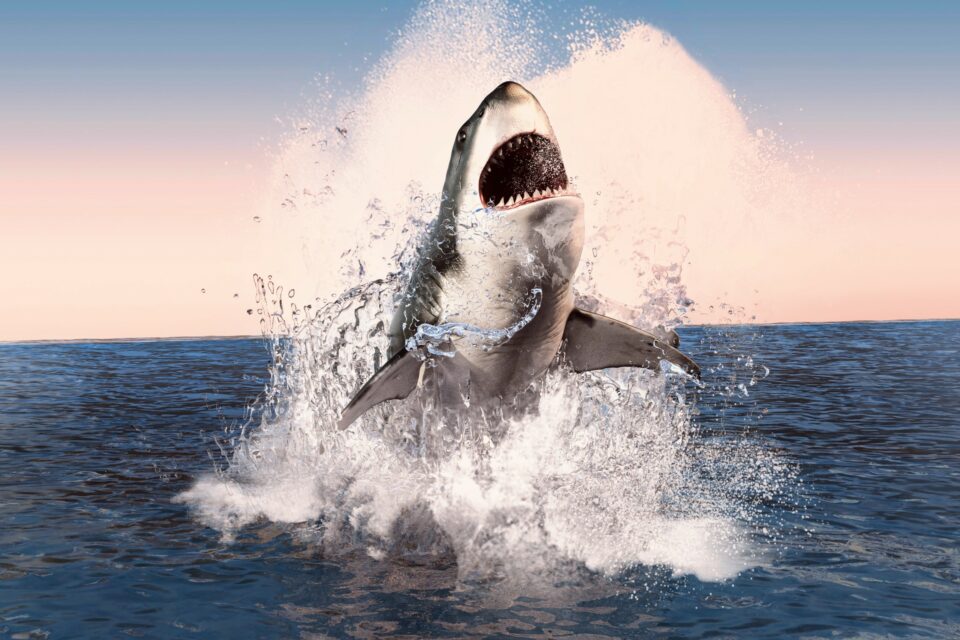 An extinct shark species known for its massive size grew larger in colder waters, according to a remarkable new study led by Professor Kenshu Shimada of DePaul University. Megalodon was a “big tooth” shark that lived approximately 23 to 3.6 million years ago.

Even though Megalodon is assumed to have been an enormous, terrifying beast, this species is only known from teeth and vertebrae in the fossil record. Despite the uncertainty, scientists still believe that the sharks grew in lengths of at least 50 feet, and possibly as much as 65 feet.

The researchers set out to investigate the body size patterns of Otodus megalodon throughout various regions throughout time. They analyzed records of geographic occurrences of Megalodon teeth along with their estimated total body lengths.

“The main conclusion of this study is that not all geographically different Megalodon individuals grew to gigantic sizes equally. The common notion that the species reached 18–20 m TL should be applied primarily to populations that inhabited cooler environments.”

In the mid-1800s, German biologist Carl Bergmann proposed that larger animals are better suited for cooler climates because their size helps them retain heat more efficiently than animals with smaller bodies.

Interestingly, the researchers determined that nursery areas for Megalodon are located near the equator, where water is warmer.

“It is still possible that O. megalodon could have utilized nursery areas to raise young sharks. But our study shows that fossil localities consisting of smaller Megalodon teeth may instead be a product of individual sharks attaining smaller overall body sizes simply as a result of warmer water,” explained study co-author Harry Maisch.

“The results of this study have important implications for understanding how modern climate change is rapidly accelerating marine habitat shifts to more polar latitudes in apex predators such as sharks,” said study co-author Michael Griffiths.