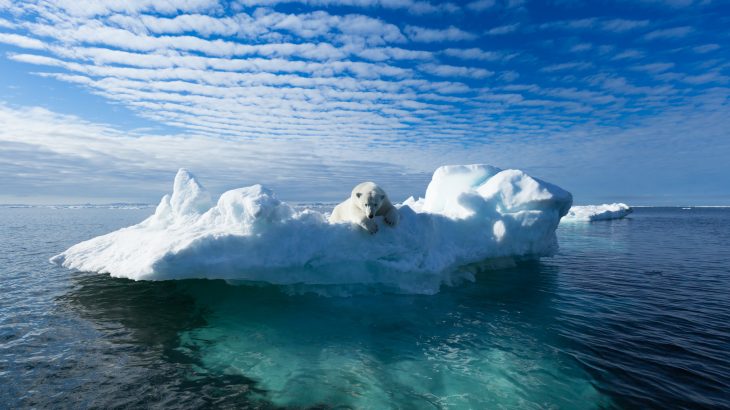 In a reinforcing feedback loop, the loss of huge masses of sea ice accelerates global warming, which causes sea ice to retreat even further. Experts at the Potsdam Institute for Climate Impact Research have taken a closer look at this vicious cycle, and what it could ultimately mean for climate change in the long term under a range of scenarios.

In one scenario, which could very possibly happen in reality, Arctic summer sea ice will  completely vanish by the end of this century as a result of greenhouse gas emissions. According to the study, this would add approximately 0.2 degrees Celsius to global warming.

While IPCC projections of future warming already account for these mechanisms, scientists can now distinguish the warming impacts of sea ice loss from other effects.

Considering that the global mean temperature is currently just about one degree higher than it was in pre-industrial times, an increase of 0.2 degrees Celsius from this single source is substantial.

“If global ice masses shrink, this changes how much of the sunlight that hits Earth’s surface is reflected back into space. Decreasing ice cover in the Arctic exposes more of the darker ocean water that absorbs more energy,” said study lead author Nico Wunderling. “This is referred to as albedo feedback. It’s like wearing white or black clothes in summer. If you wear dark, you heat up more easily.”

The heat-trapping effect will also be accelerated by an increase in atmospheric water vapor from the melting ice. Increasing water vapor leads to warmer temperatures, and since warmer air can hold greater amounts of water vapor, more of it will be absorbed. While these mechanisms are well-known, the Potsdam study is unique in that it quantifies the overall amount of warming that could be triggered by global sea ice loss.

“This is not a short-term risk. Earth’s ice masses are huge, which makes them very important for our Earth system as a whole – it also means that their response to anthropogenic climate change, especially that of the ice sheets on Greenland and Antarctica, unfolds on longer timescales,” said study co-author Ricarda Winkelmann. “But even if some of the changes might take hundreds or thousands of years to manifest, it’s possible we trigger them within just a couple of decades.”