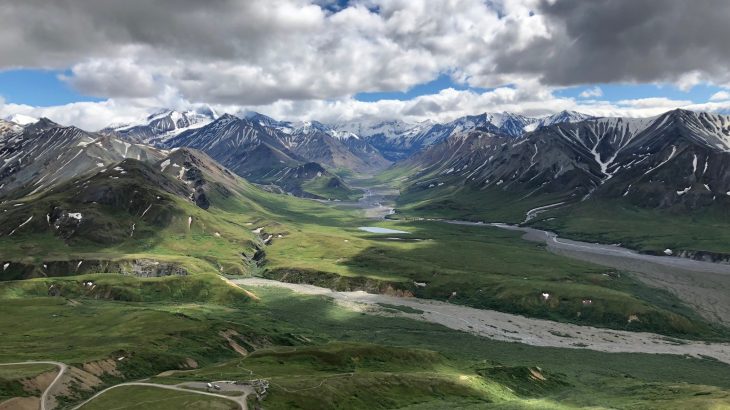 A new study from the Georgia Institute of Technology warns that rising temperatures in the northern tundras could negatively affect microbial communities in ways that could increase their production of greenhouse gasses. Due to the amount of carbon stored in the frozen soils of the tundra, the study warns warming temperatures could release this carbon and exacerbate climate change.

These findings are published in PNAS.

“We saw that microbial communities respond quite rapidly — within four or five years — to even modest levels of warming,” said corresponding author Kostas T. Konstantinidis, a professor in the School of Civil and Environmental Engineering and the School of Biological Sciences at the Georgia Institute of Technology. “Microbial species and their genes involved in carbon dioxide and methane release increased their abundance in response to the warming treatment. We were surprised to see such a response to even mild warming.”

Konstantinidis and colleagues began their research in 2008 at a moist, acidic tundra in Alaska’s Denali National Park. The team observed the snow cover in six experimental zones as well as control zones, eventually taking soil cores from each at several different times — 1.5 years after the experiment began, as well as 4.5 years post-beginning. They extracted microbial DNA from the cores and sequenced it using the Genomics Core at Georgia Tech.

“Our analysis of the resulting data showed which species were there, in what abundances, which species responded to warming and by how much — and what functions they possessed related to carbon use and release,” said Eric R. Johnston, who conducted the analysis as a Georgia Tech PhD student, and who is now a postdoctoral researcher at Oak Ridge National Laboratory.

The cores from both the experimental and control zones were compared to see how warming affected the contents.

“The response we observed differed markedly between the two soil depths (15 to 25 centimeters and 45 to 55 centimeters) that were sampled for this study,” said Johnston. “Specifically, at the upper boundary of the initial permafrost boundary layer — 45 to 55 centimeters below the surface — the relative abundance of genes involved in methane production (methanogenesis) increased with warming, while genes involved in organic carbon respiration — the release of carbon dioxide — became more abundant at shallower depths.”

The shallower depth corresponds to an active layer near the surface that freezes during the winter but thaws during warmer months, thus exposing the carbon. And the deeper measurements corresponds to soil just above the permafrost that thaws very briefly each year. Therefore, fundamental variations in the biology and chemistry can be found in the soil at each depth.

“We expected to observe warming responses that differed between the two sampling depths,” Johnston said. “Ongoing thaw of permafrost soil is being observed on the global scale, so we were particularly interested in evaluating microbiological responses to thawing permafrost.”

Furthermore, experimental zones that were warmed showed a higher release rate of carbon dioxide and methane.

“Similar measurements have also shown that these gases are being released at a greater rate throughout the entire region in recent years as a result of climate warming,” Johnston said.

“Because of the very large amount of carbon in these systems, as well as the rapid and clear response to warming found in this experiment and other studies, it is becoming increasingly clear that soil microbes — particularly those in the northern latitudes — and their activities need to be represented in climate models,” Konstantinidis said. “Our work provides markers — species and genes — that can be used in this direction.”