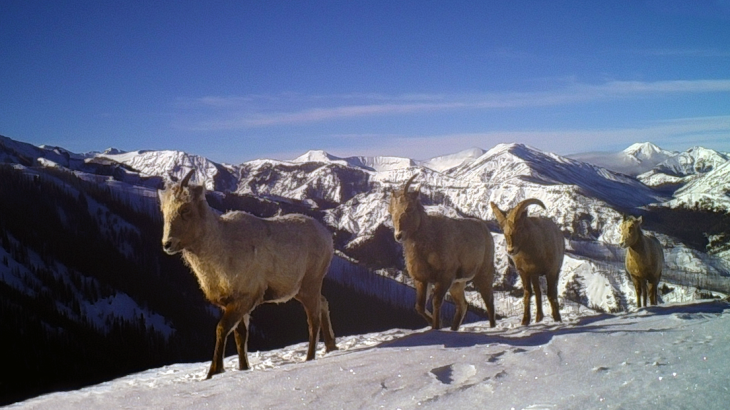 Migration is a shared cultural learning amongst big game animals

We all know that many species of animals migrate each year, whether to escape the harsh winter or come together and reproduce. But have you ever thought about how these animals think to migrate in the first place? Scientists know that many bird, fish, and insect migrations are driven by genetics – but there has been a lack of information about what drives ungulates (hooved mammals) to migrate… until now.

Biologists have long suspected the ungulates learn to migrate from their mothers or other animals in their herd. Past research has indicated that ungulates learn about migration through social interaction, but no clear tests were able to be performed to confirm this theory.

However, in a recent study published in Science, a team of researchers from the University of Wyoming have reported the first empirical evidence that hooved mammals must learn where and when to migrate, and that they enact these seasonal migrations through passing cultural knowledge across generations.

The researchers took advantage of existing translocation programs being done to re-establish bighorn sheep herds in the American West – a process that has been going on for the last 60 years as hunting and disease devastated populations. In the few populations that survived, the bighorn sheep continued to migrate. Some of these animals were captured and released into habitats where their species had once existed.

“The pattern was striking,” says Brett Jesmer, a doctoral student at UW and lead author of the study. “Detailed GPS data revealed that fewer than 9 percent of translocated animals migrated, but 65 to 100 percent of animals migrated in herds that had never been lost.”

The absence of migration behavior for translocated animals was likely due to their being unfamiliar with their habitat. This supports the theory that migration requires extended periods for animals to explore, learn the location of food, and pass the information to other members of their herd. When migration behaviors are passed from generation to generation, this socially learned behavior is considered to be part of the animal’s culture.

The study’s authors were also curious about how long it would take for ungulate species to learn to migrate. Ecologists know that ungulates migrate to “surf green waves” of nutritious food, moving along with plants growing on mountain slopes. By GPS tracking both bighorn sheep and moose, the researchers found that, not surprisingly, long-established herds were significantly better at finding nutritious food than animals that were translocated to unfamiliar landscapes.

Interestingly, the GPS data showed that translocated herds learned to surf green waves over the course of many decades, and those that surfed better were also more likely to migrate.

“These results indicate that ungulates accumulate knowledge of their landscapes over time, and cultural transmission of this knowledge is necessary for migrations to arise and persist,” says Jesmer.

This study also shows the importance of preserving habitats that include migration corridors, so as not to disturb a species’ natural rhythms. When a migration route is lost, part of the culture of that species is lost as well.