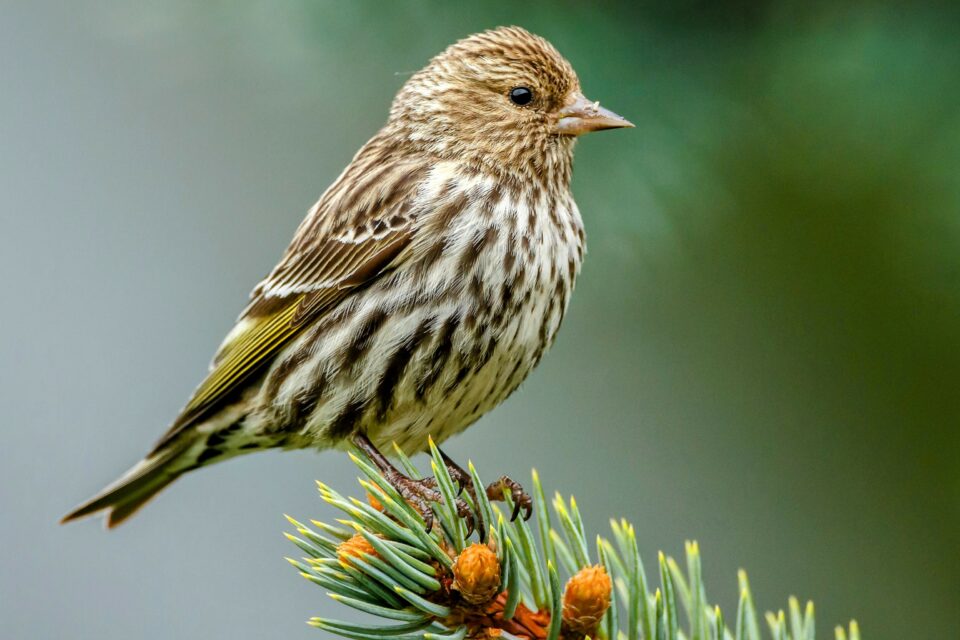 Nomadic pine siskins are a type of finch often seen on backyard feeders. Studies of migrating pine siskins have shown they exhibit “nocturnal migratory restlessness.” This means the birds move around a lot at night instead of resting. Their bodies also adapt to support migration by gaining muscle and fat deposits to use as fuel during flight.

However, a new study from Washington State University has revealed that the natural migratory behaviors of pine siskins can change in the presence of settled birds.

“The presence of another bird that isn’t migratory seems to be a really potent cue to stop migration,” said study co-author Heather Watts. “We saw changes in their behavior and changes in their physiology associated with the energetics of migration.”

The researchers captured 44 male pine siskins from across the Western U.S. near the end of the spring migrating season. The birds were divided into migratory and non-migratory bird categories.

The experts found that the migratory birds placed with more settled birds lost much of their nocturnal restlessness and body mass, responding to signals to stop migrating. Meanwhile, the solo migratory birds in the control group continued to display behaviors and physical signs related to migration.

The results may also provide new clues about other animals’ nomadic behavior. As of now, not much is known about how the less predictable nomads choose their destinations.

“We suspect this is probably a more general phenomenon – that other animals’ attention to social cues may be important in migratory decisions for a whole variety of species.” said Watts.

Some migrating animals have predictable patterns, like geese and Monarch butterflies that travel to the same breeding and wintering areas each year.

Many nomadic animals depend on food sources that are variable, which explains their unpredictable migrating patterns. For instance, owls have been known to follow boom and bust cycles of rodents. Birds may also be looking to other animals to determine where to land.

“We think these animals probably rely on local cues to assess whether an area is potentially a good site or not,” said Watts. “One type of cue comes from other individuals – if these birds come into an area where there are already birds settled that might tell them it’s a good place to stop.”

According to Watts, this also may be why backyard birders notice that pine siskins suddenly swarm or disappear completely from their feeders.