Millipedes have unique genetic features not seen in other arthropods • Earth.com 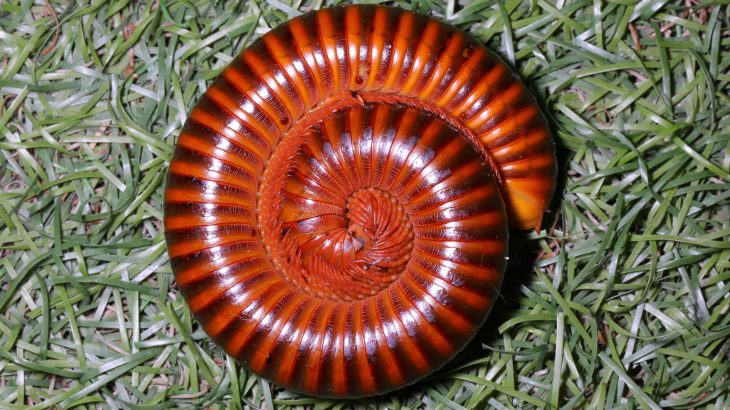 Researchers at the Chinese University of Hong Kong have sequenced and analyzed the complete genomes of two very different millipede species. The study is shedding new light on arthropod evolution, as well as on the genetic basis of the physiology of millipedes.

According to the study authors, the research reveals unique genomic features, patterns of gene regulation, and defense systems in millipedes that are not observed in other arthropods.

Millipedes and centipedes belong to the group Myriapoda, which is made up of more than 16,000 species of arthropods with segmented trunks and lots of legs. Although their name indicates they have myriad legs, myriapods contain anywhere from 20 to 750 legs.

Prior to this study, only two myriapod genomes had been sequenced, including a complete genome for the centipede Strigamia maritima and a partial millipede genome.

“The Myriapoda, composed of millipedes and centipedes, is a fascinating but poorly understood branch of life, including species with a highly unusual body plan and a range of unique adaptations to their environment,” wrote the study authors. “Here, we sequenced and assembled 2 chromosomal-level genomes of the millipedes Helicorthomorpha holstii.”

The researchers fully reconstructed the genomes of the orange rosary millipede and the rusty millipede. The team analyzed the gene transcripts at different stages of development, and the proteins of the toxin-producing “ozadene” glands.

Homeobox genes play central roles in body segmentation during millipede development, and the experts discovered many duplications of common homeobox genes that were specific to each of the two species. These duplications were also different from those in the previously sequenced millipede genome.

Many millipedes have ozadene glands on each segment, which produce, store, and secrete a variety of toxic chemicals for defense. The researchers identified multiple genes involved in making these chemicals, including genes for synthesizing cyanide, as well as antibacterial, antifungal, and antiviral compounds. The findings support the theory that ozadene gland secretions protect against microbes as well as predators.

The experts say the results of their research provide new insights into the evolution of myriapods, and arthropods in general. “The genomic resources we have developed expand the known gene repertoire of myriapods and provide a genetic toolkit for further understanding of their unique adaptations and evolutionary pathways,” said study lead author Jerome Hui.