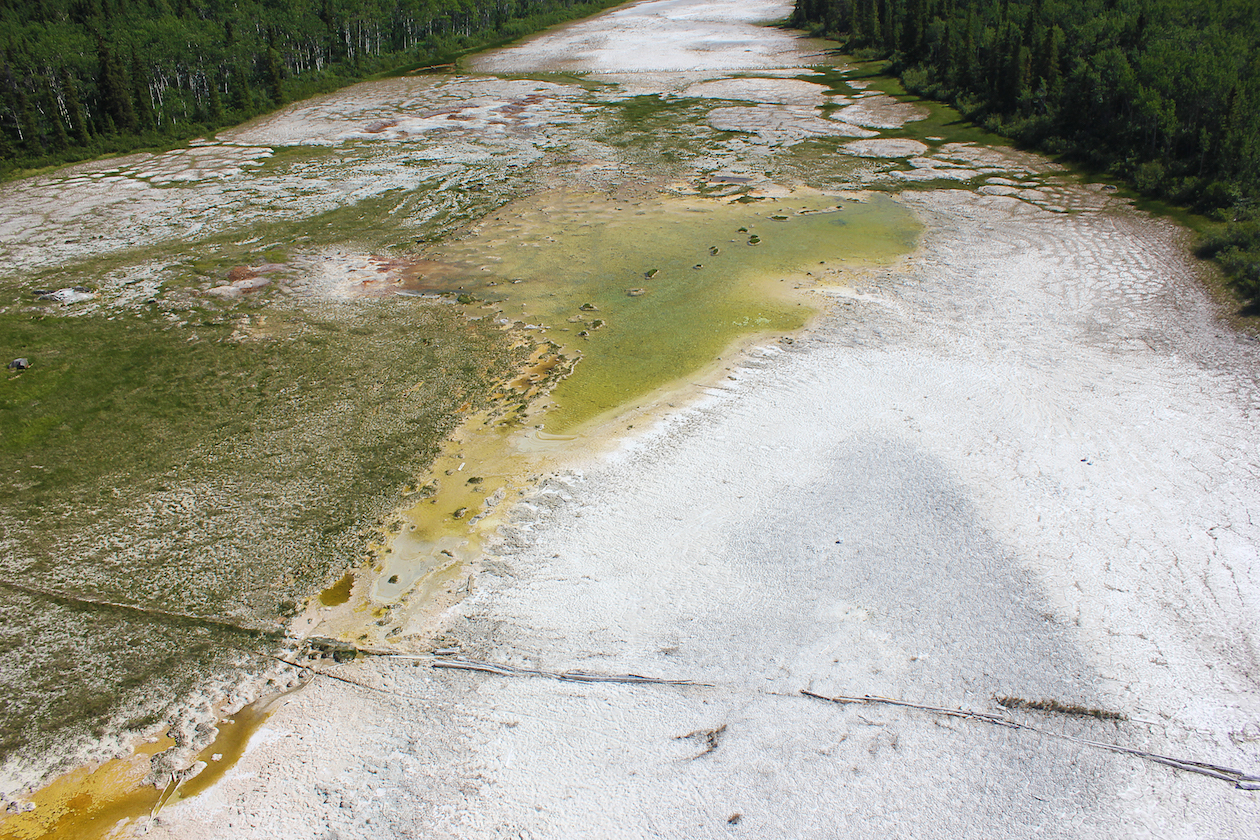 New research from Trent University could revolutionize the way we capture and store carbon emissions leaked into the atmosphere which could slow down climate change.

According to the researchers, the solution lies in speeding up the formation of magnesite, a mineral that can store carbon but takes thousands of years to form in nature.

During the recent Goldschmidt Conference in Boston, Trent researchers presented their findings and proposed possible uses for newly formed magnesite.

The researchers’ methods occur at room temperature which makes it an energy efficient process and economically viable.

This would be important for mass production at the industrial level, which the researchers say would have to happen for any real impactful carbon capture to occur.

Fast-forming magnesite could also store CO2 for a long time and prevent any further release into the atmosphere unlike natural carbon sinks like forests and oceans.

The researchers realized that one ton of naturally-occurring magnesite can remove about a half a ton of CO2 from the atmosphere but the mineral takes a long time to form.

“Our work shows two things. Firstly, we have explained how and how fast magnesite forms naturally,” said Ian Power, the project leader of the study. “This is a process which takes hundreds to thousands of years in nature at Earth’s surface. The second thing we have done is to demonstrate a pathway which speeds this process up dramatically.”

In order to remedy the slow rate of formation, the researchers used polystyrene microspheres which worked as a catalyst for the mineral. After 72 days, the researchers had fully formed magnesite ready for carbon capture.

What’s especially exciting is that the polystyrene microspheres can be reused again.

“Using microspheres means that we were able to speed up magnesite formation by orders of magnitude,” said Power. “This process takes place at room temperature, meaning that magnesite production is extremely energy efficient.”

The researchers say that getting magnesite formation to the industrial level required to help combat climate change is a ways off, but that the results show that from a scientific perspective, it’s not an impossibility.

“It is really exciting that this group has worked out the mechanism of natural magnesite crystallization at low temperatures, as has been previously observed – but not explained – in weathering of ultramafic rocks,” said Peter Kelemen, a professor at Columbia University who was not involved in the study. “The potential for accelerating the process is also important, potentially offering a benign and relatively inexpensive route to carbon storage, and perhaps even direct CO2 removal from air.”