Monarch butterflies that are bred in captivity lose their migration ability • 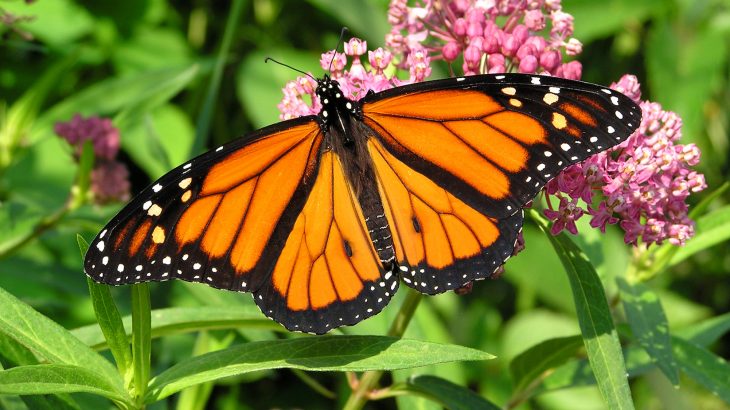 Monarch butterflies that are bred in captivity lose their migration ability

Monarch butterflies could well be on their way to extinction, and well-meaning conservationists breeding butterflies indoors and releasing them into the wild could be doing more harm than good, a new study shows.

This is concerning as estimates by the National Wildlife Federation show that monarchs in North America have declined by 90 percent over the last two decades.

Fewer and fewer monarchs are reported in overwintering habitats in California and Mexico.

To help preserve and protect the vividly colored butterflies, conservationists have turned to captive breeding and releasing butterflies in the summer and fall, but the researchers found that this disrupts natural migratory behavior.

Even butterflies raised outdoors but brought inside did not head south in the winter.

“We hope this will be an avenue into understanding how monarchs are losing migration,” said Marcus Kronforst, the senior author of the study. “These monarchs have been brought into captivity and prevented from migrating for many generations, and they have genetically lost migration. It’s a microcosm for what’s happening naturally.”

For the study, the researchers collected adult monarchs from a commercial breeder and raised them outdoors. The butterflies were kept in mesh cages but exposed to the elements.

To see if the monarchs would orient south to migrate, the researchers tested the butterflies’ offspring in a flight simulator.

The researchers placed a butterfly in an open-ended cylinder. The butterfly was attached to a tether and placed into the cylinder so that it couldn’t fly out but still had freedom of movement.

A rotating dial recorded the direction of the butterfly’s trajectory every two milliseconds.

A butterfly with a migrating instinct would head south inside the simulator, but only local wild butterflies exhibited this behavior.

The monarchs that were offspring of captive-bred butterflies didn’t fly in any particular direction for long.

The researchers also raised wild-caught butterflies inside, and these monarchs also seemed to lose their migration instincts.

“I thought there was no way that would matter, but it did,” said Ayse Tenger-Trolander, the lead author of the study. “We know there are many hobbyists and enthusiast breeders who are trying to do their best husbandry and avoid buying from commercial breeders. But there could be an issue with the way they’re raising them indoors too.”

Genetic differences between captive bred and wild monarchs could hold the key to this lost ability.

“We can’t point to a single genetic change that did it because there are lots of them,” said Kronforst. “But we think somewhere buried in the genome are changes that have broken it.”