Monarch butterfly populations are at an all time low • Earth.com 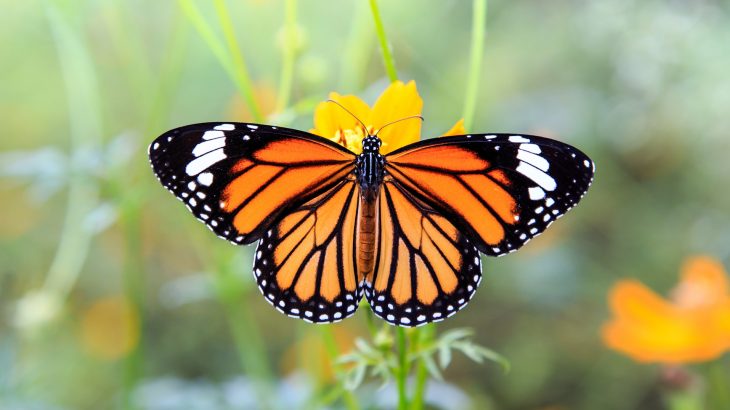 Monarch butterfly populations are at an all time low

Monarch butterfly populations have been declining over the years, but the latest counts from the Xerces Society, a non-profit conservation organization, show that current monarch butterfly numbers have reached drastic lows.

The Xerces Society is an invertebrate conservation group that conducts annual Thanksgiving and New Years monarch butterfly counts along overwintering sites in California where monarchs migrate to.

It’s a massive undertaking with volunteers, staff members, and regional coordinators all working together to tally up monarch butterfly numbers.

The counts aim to see how the species is doing, and according to the latest numbers, monarch butterfly populations are “disturbingly low” along the US west coast.

According to the latest Xerces counts, there has been an 86 percent decline in monarch butterflies since 2017 and the Thanksgiving Count has recorded less than 30,000 butterflies overall.

In 1981, there were over a million monarch butterflies overwintering in California.

While the Xerces Society said they expected numbers to be low, they were not prepared for such a severe drop in numbers.

“Going into the overwintering season, we were not expecting this to be a great year because we knew it had been a rough season in the breeding and migratory range,” wrote Emma Pelton, a Xerces Society Conservation Biologist. “It’s worse than anyone had anticipated, however, with early count numbers showing that the population is down an order of magnitude from last year, which was a low population year itself.”

The Xerces Society is not sure what caused such significant declines this past year, but monarch butterflies are threatened by pollution, human activities, habitat loss, and pesticides. Climate change induced drought and weather extremes are also impacting the butterflies.

Tackling pesticides and habitat loss should be a priority for conservationists, according to the Xerces Society.

“While western monarchs are facing unprecedented challenges right now, there is still hope that we can recover the population if we work quickly, strategically, and together,” Emma Pelton wrote.