Mountain gorillas are friendly to their neighbors, but this has its limits • Earth.com 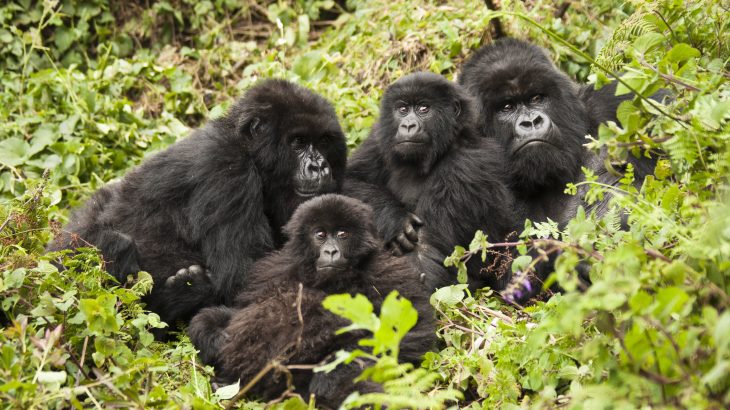 Mountain gorillas are friendly to their neighbors as long as they don’t push their luck, according to a study from the University of Exeter. The researchers found that gorillas are not willing to tolerate trespassers in their “core” territory, regardless of how familiar the individuals are.

Gorillas live in close-knit groups that hunt, relax, and sleep together across a “core home range” and a wider “peripheral” range. The groups occasionally split up, which separates close relatives and group members permanently.

The new study, which was a collaboration with the Dian Fossey Gorilla Fund, reveals that groups which were previously united are more than four times as likely to be friendly upon encountering each other, even if they had split more than ten years earlier.

Regardless of their level of familiarity, however, mountain gorillas react aggressively when another group strays into their core territory. On the other hand, when it comes to their broader peripheral range, the gorillas only become aggressive with unfamiliar groups.

“Meetings of groups are fairly rare, and at first both groups are usually cautious,” said Dr. Robin Morrison. “They often beat their chests and show off their strength, but the interaction can then either become aggressive – with fighting and screaming – or ‘affiliative.’

“In affiliative interactions, the initial tension passes and the groups intermingle. They may rest together, and younger gorillas will often play with youngsters from the other group.”

Humans cooperate well beyond our immediate group, and the evolutionary benefit of these wider friendships could be that they allow shared access to space and resources with a reduced risk of aggression. The current study is the first to test this theory in nonhuman animals. The findings suggest that mountain gorillas may, in fact, benefit in the same way by maintaining friendships between groups.

“The pattern we found mirrors what we see in humans,” said Dr. Morrison.”We also have concepts of public spaces outside our ‘range’ where we tolerate anyone, spaces like our homes where we tolerate certain individuals, and private spaces within those homes reserved for close family or just ourselves.”

According to the researchers, it is also important to understand these behavioral patterns for conservation.

“Mountain gorillas have less than 800 km2 of habitat remaining,” said study co-author Jean Paul Hirwa. “As a result of extreme conservation efforts, the population has been growing over the last 30 years while their habitat has not.”

“Understanding how groups interact and share their limited space is important for estimating future population dynamics and trends in this endangered species.”