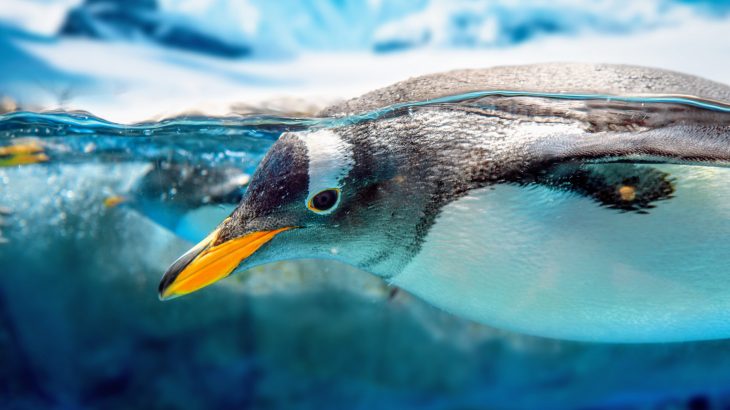 Prior to the development of sophisticated tracking devices, the movements of animals in the ocean were largely unknown. According to a new study from Cell Press, tracking technology has revealed some unexpected circling behavior among marine mammals.

The experts report that all types of marine mammals, ranging from green sharks to penguins, apparently swim in circles. At this point, the researchers do not have an explanation for this mysterious behavior.

The experts first discovered the circling movements in homing green turtles during a displacement experiment. The tracking study was designed to test the navigational skills of the animals, and nesting green turtles had been transferred from one location to another.

“To be honest, I doubted my eyes when I first saw the data because the turtle circles so constantly, just like a machine!” said Narazaki. “When I got back in my lab, I reported this interesting discovery to my colleagues who use the same 3D data loggers to study a wide range of marine megafauna taxa.”

The study authors were stunned when they realized that various species of marine animals showed more or less the same circling behavior. The discovery is surprising, considering that swimming in a straight line is the most efficient way to travel. This indicates there must be some strategy involved in circling.

The researchers observed some circling events at foraging areas, which suggests that the movements are somehow helpful in finding food. The team tracked a total of 272 circling events among four tiger sharks tagged off Hawaii. On the other hand, fur seals were found to use circling behaviors during the day, yet they feed mostly at night.

There were also other circling events that appeared to be unrelated to foraging. For example, a male tiger shark circled around a female that he was approaching for courtship. Meanwhile, the evidence from the sea turtle study suggests that circling plays a role in navigation.

“What surprised me most was that homing turtles undertake circling behavior at seemingly navigationally important locations, such as just before the final approach to their goal,” said Narazaki.

According to the researchers, it is possible the circling helps the animals to detect the magnetic field to navigate, just as submarines circle during geomagnetic observations. It is also quite possible that the circling serves more than one purpose.

The researchers noted that studies of such fine-scale movements, including circling, in more marine species might reveal important behaviors that have otherwise been overlooked.