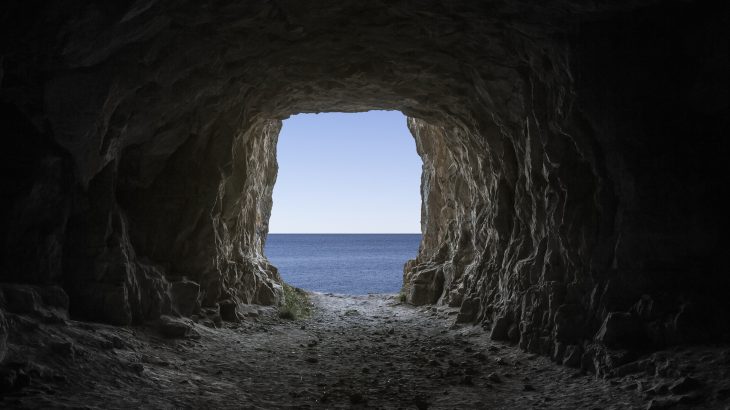 A group of modern humans that lived roughly half a million years ago were highly social individuals, according to a new UCL study. Fossil evidence obtained from an archaeological site in England offers unprecedented insight into the lives of Homo heidelbergensis, who lived in the region that is now Boxgrove.

The researchers have reconstructed the social activities of these early humans as they made tools, including the oldest bone tools documented in Europe. The experts even pieced together an event during which the Boxgrove people butchered and consumed a large horse 480,000 years ago.

“This was an exceptionally rare opportunity to examine a site pretty much as it had been left behind by an extinct population, after they had gathered to totally process the carcass of a dead horse on the edge of a coastal marshland,” said study lead author Dr. Matthew Pope.

“Incredibly, we’ve been able to get as close as we can to witnessing the minute-by-minute movement and behaviors of a single apparently tight-knit group of early humans: a community of people, young and old, working together in a co-operative and highly social way.”

The Horse Butchery Site is one of many excavated in quarries near Boxgrove, which is home to Britain’s oldest human remains. The site was excavated in the 1980s and 90s by the UCL Institute of Archaeology.

More than 2,000 razor sharp flint fragments were recovered from the site, representing the exact places where early humans knelt to make their tools. They left behind material that had been shaved off between their knees.

The archaeologists discovered that the early humans were consistently making the same thing – large flint knives called bifaces that are described as the perfect butcher’s tool.

“We established early on that there were at least eight individuals at the site making tools, and considered it likely that a small group of adults, a ‘hunting party’, could have been responsible for the butchery,” said Dr. Pope.

“However, we were astonished to see traces of other activities and movement across the site, which opened the possibility of a much larger group being present. We worked with our reconstruction artist Lauren Gibson to bring the site and its social complexity to life.”

Study co-authors Dr. Silvia Bello and Simon Parfitt analyzed the horse bones and determined that the animal was not just stripped of meat, but each bone was broken down with stone hammers so that the marrow could be sucked out.

The horse was completely processed – the fat, marrow, internal organs, and even the stomach contents provided a meal for the early humans gathered at the site.

The researchers also found that several of the bones had been used as tools called retouchers.

“These are some of the earliest non-stone tools found in the archaeological record of human evolution,” said Parfitt. “They would have been essential for manufacturing the finely made flint knives found in the wider Boxgrove landscape.”

“The finding provides evidence that early human cultures understood the properties of different organic materials and how tools could be made to improve the manufacture of other tools,” said Dr. Bello. “Along with the careful butchery of the horse and the complex social interaction hinted at by the stone refitting patterns, it provides further evidence that early human population at Boxgrove were cognitively, socially and culturally sophisticated.”

The research suggests that temporary sites could have been highly social spaces for interaction, learning, and the sharing of tools and ideas. The Horse Butchery Site reveals this behavior in more vivid detail than any other known site in the archaeological record.

The research was funded by Historic England, the Arts and the Humanities Research Council.