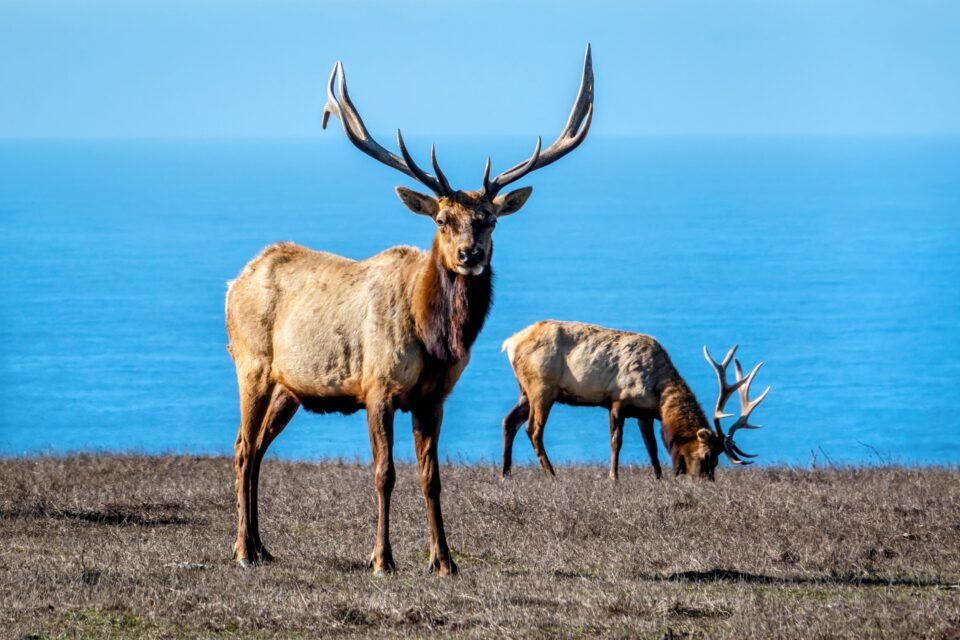 On February 24th, Tule elk had their day in court. No word yet on the outcome of the hearing after animal activists sued the National Park Service (NPS) over their management of rare Tule elk in Point Reyes National Seashore.

Harvard Law School’s Animal Law & Policy Clinic filed the lawsuit against the National Park Service for negligence, alleging that the government agency has been allowing Tule elk to die from starvation and dehydration.

According to NPS elk survey numbers, the Tule elk population has dropped from 442 individuals in 2019 to 221 in December of 2021. The plaintiffs in the case claim that this is directly caused by the NPS fence which, at 3 miles long and 8 feet high, keeps elk from reaching other possible sources of food and water.

Instead, the land and water on the other side of the fence is utilized by cattle. The plaintiffs pushed back on NPS claims of natural population declines, pointing out that the land the elk now occupy was already overgrazed and that cattle ponds in the elk allotment dry up periodically. Pressure from citizens and In Defense of Animals (IDA) activists forced NPS to install water troughs for the elk last year while they still claimed the death was due to starvation.

“Wild elk should be wild, not fenced in a national park. Five thousand cows, commercially exploited for meat and milk profits at taxpayer expense, don’t belong inside a national park.”

The bottom line for the activists seems to be the claim that NPS is intentionally limiting Tule elk to a small portion of their former range solely for the profit of private ranching interests subsidized by the federal government.

Lead plaintiff Jack Gescheidt is also the Tule Elk Campaigner for In Defense of Animals.

“The Park Service is intentionally and lethally confining rare Tule elk for one reason, and one reason only: to please private cattle operators,” said Gescheidt. “Ranchers prefer to have elk fenced, starved, and shot rather than sharing publicly-owned parklands.”