Slow progress for Native American representation in the US • Earth.com 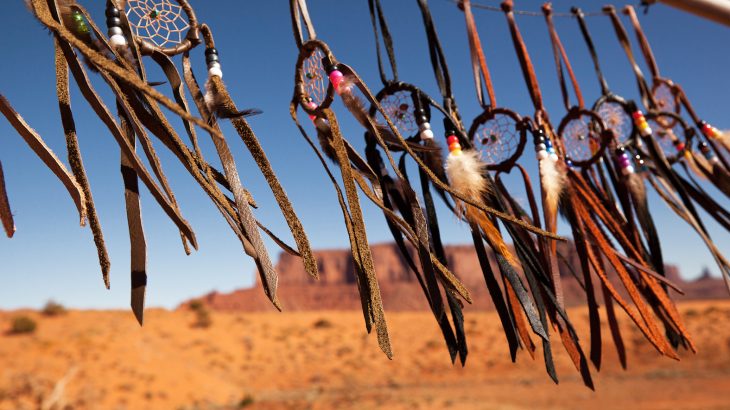 Slow progress for Native American representation in the US

Most are aware to some degree of the historical struggle that got women the right to vote in America.  Susan B. Anthony is immortalized on a silver dollar as an advocate for equal treatment of both women and African Americans.  Illustrating the length and determination that the fight for women’s suffrage required, women were allowed to vote by constitutional amendment in 1920, 14 years after Anthony’s death.

Before women obtained the right to vote, African American men (and other minorities) had a similar battle.  Before the 15th amendment was passed in 1870, only white men were legally allowed to vote in the US.  Even after the constitutional change was passed, states found ways to make it hard or impossible for African Americans to vote.  The Civil Rights Movement is perhaps the best known chapter in the long, painful history of blacks in America fighting for equal footing.  Even today, voter ID laws and similar regulations are criticized for unfairly targeting minorities. Wired reported earlier this year that ID laws do indeed discriminate against minorities, especially with President Trump’s call for a doubling down on them.

“I am not yet prepared to pass a sweeping act of naturalization by which all the Indian savages, wild or tame, belonging to a tribal relation, are to become my fellow-citizens and go to the polls and vote with me…”

It wasn’t until 1924 that Native Americans born in the US were granted citizenship in the US, but this still didn’t enforce voting.  This same lack of enforcement is a big part of the greater Civil Rights Movement, typified by African American activists and their allies.

In 1952, the McCarran-Walter Act allowed Asians to become naturalized citizens, which would allow them to vote.  But minority groups were still routinely discriminated against when it came to voting. The Voting Rights Act of 1965 was supposed to end discriminatory voting practices but as I noted, there are still ways states can discriminate without being fully transparent about motive.  Politifact reports that in Arizona and New Mexico, both states with large Native American populations, Native Americans weren’t allowed to vote until 1948 when courts ruled against the states.  In Utah, Native Americans were kept from voting until 1957, when they were the last Native American groups to be recognized as US citizens.

Given the history of law and racism in Utah, as well as the prevalence of Mormonism, it may not be very surprising that the race of government representatives didn’t reflect the race of their constituents.  This midterm election was a historical one for change in Utah. Now, St. George News reports, Utah is part of a growing trend of greater Native American representation in the US government.  San Juan County, Utah, a majority Native county, is now represented by Native American county commissioners.

High Country News reported in 2016, that roughly one third of San Juan County is also part of Navajo Nation.  The news organization reported on the frustration of local Native Americans that wanted a county ambulance housed closer to their homes.  Despite an ambulance being at best an hour drive from Native American communities, all but the single Navajo county commissioner, were apathetic.  Court decisions were required to make the county build a public school on Navajo land despite revenues from Native lands contributing to county profits and a legal requirement to do so.

Despite the county being less than 50% Anglo, the majority of elected offices were held by whites until recently.  As late as 2016, High Country News reported, a ruling by U.S. District Court Judge Robert J. Shelby, decided that San Juan County had violated the Voting Rights Act and U.S. Constitution.  The county had been drawing voting district boundaries by using race, a practice called ‘racial gerrymandering’.

Sierra Club reports that both of the new San Juan County Commissioners are also outspoken supporters of Bear’s Ears National Monument.  It seems that President Trump may have to eat his own words when he said just before reducing Bear’s Ears by executive order,

“We will advance…a truly representative process, one that listens to the local communities that knows the land the best and that cherishes the land the most.”

There also broader implications for national politics.  NPR.org reported in October that in North Dakota, many tribal IDs won’t be accepted at polling places.  In case one forgets, North Dakota is also the site of another bitter fight between Native Americans and the federal government over the Dakota Access Pipeline.  In North Dakota, Native Americans make up 5.5 percent of the total population, according to the 2010 US Census.  5.5 percent may not mean much over the whole state, but it can be significant in local elections.

Another sign of change in Native American representation is the election of the first two Native American congresswomen in US history: Democrats Sharice Davids of Kansas and Deb Haaland in New Mexico.  We can all hope that this is a growing trend for a greater involvement in government by the first Americans as well as more diversity in representation.