Native species are vanishing in the Eastern Mediterranean • Earth.com 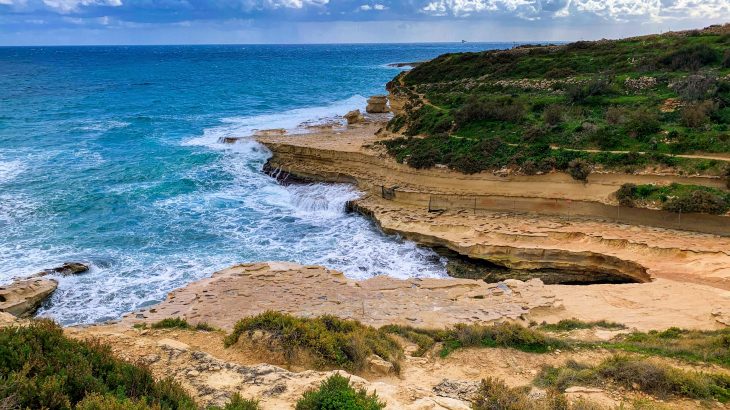 Native species are vanishing in the Eastern Mediterranean

A new study from the University of Vienna has found that most native species are locally vanishing from the eastern region of the Mediterranean. At the same time, non-native tropical species are thriving.

Along the coastline of Israel, which is one of the warmest areas of the Mediterranean Sea, most marine species have been gradually approaching the limits of their heat tolerance. The study shows that rising temperatures have now exceeded a tolerable heat threshold, and have warmed beyond what native species can handle.

The investigation, led by Paolo Albano, was focused on the local extinctions of mollusks, including snails, clams, and mussels. Based on empty shells that have accumulated across the seafloor, the researchers reconstructed the historical species diversity of the Israeli coastline.

The study revealed that shallow habitats at scuba diving depths have been affected most by global warming. Here, the researchers were not able to find living individuals of up to 95 percent of the species whose shells were found in the sediments.

The results of the analysis suggest that most of the local extinctions have occurred in the last few decades. Furthermore, most of the mollusks that were found alive can no longer grow enough to reproduce. The experts said this is a clear sign that the biodiversity collapse will continue further.

By contrast, the warm waters in the Eastern Mediterranean are very suitable habitats for tropical species that arrive from the Suez Canal. These animal can be found in large populations and their individuals are fully fit to reproduce.

“For anyone accustomed to snorkel or dive in the Mediterranean, the underwater scenario in Israel is unrecognizable: The most common species are missing, while in contrast tropical species are everywhere,” explained the researchers.

Temperatures in the Mediterranean Sea will continue to rise, regardless of how much carbon dioxide emissions are limited today. This means that the biodiversity collapse will continue to spread to the west and will intensify.

Intertidal organisms, which are more adapted to temperature extremes, will continue to persist – at least to some degree.

“But the future is dim unless we immediately act to reduce our carbon emissions and to protect marine habitats from other pressures which contribute to biodiversity loss,” said Albano. “The changes that already occurred in the warmest areas of the Mediterranean may not be reversible, but we would be able to save large parts of the rest of the basin.”

“These results came from the cooperation of scientists with very different backgrounds,” said study co-author Martin Zuschin. “In particular, the cooperation between ecologists and palaeontologists is providing unique new views on how humankind is impacting biodiversity.”