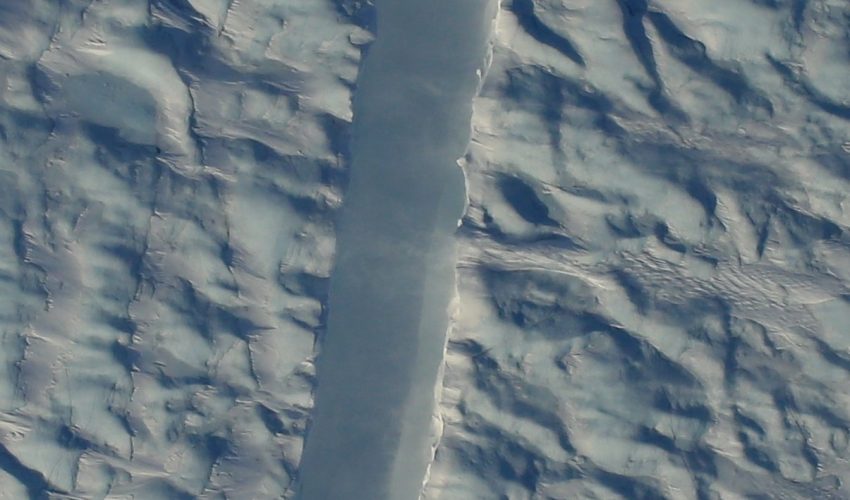 One of Greenland’s largest glaciers may have an unexpected new crack, the Washington Post reported.

Satellite photos revealed a crack in the Petermann Glacier which could contribute to a “dramatic break in coming years,” the Post said.

In 2010 and 2012, the glacier “lost extremely large pieces, each several times the size of Manhattan, from its ice shelf, which floats on top of the waters of a fjord whose depth exceeds that of the Grand Canyon,” the Post story said.

The new crack “suggests the shelf could lose another large ‘ice island’ soon,’” the story said.

Stef Lhermitte, a researcher at Delft University of Technology in the Netherlands who studies Greenland using satellites told the Post the new crack began to form last summer, but cautioned it could have been there earlier and was obscured by snow.

Andreas Muenchow, a University of Delaware  oceanographer who studies Petermann, told the Post Lhermitte’s images suggest the possibility of another large breakup in the glacier as soon as this year.

“This could be a big deal that may lead to a third break-up, but it probably will not happen until later this summer,”  Muenchow told the Post by email. “The odd thing here is that new crack is on the western side of the central channel and  that it originates at the center. This I have not seen in all imagery that I looked up for the period of 1918-present.”

Seongsu Jeong and Ian Howat of Ohio State University, authors of a recent study of Pine Island Glacier in West Antarctica, were also struck by the Petermann images and conducted some additional analysis.

The new crack may be caused by the larger pre-existing one, which could be exerting additional stress across the shelf, the scientists said.. They also suggested that floating sea ice at the front of Petermann glacier is probably keeping the cracks from widening further by holding the shelf in place — but noted that this bracing function will disappear as summer approaches and the sea ice dissipates.

“I’d say that the rifting process is on hiatus right now, but it is very likely that the cracks will continue to grow in this summer,” Jeong said by email.