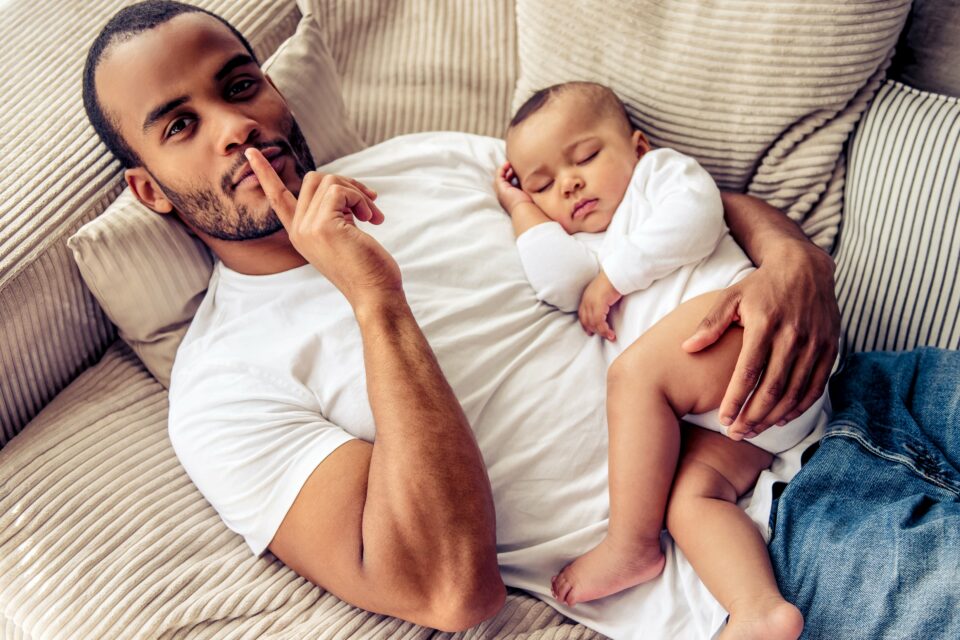 Although many studies have investigated how a mother’s brain changes after the arrival of her first child, little research has been done on whether the brain of a first-time father changes in any way. In a new study led by the University of Southern California, experts have used MRI scans of men’s brains before and after the birth of their first baby.

“Becoming a parent entails changes to your lifestyle and your biology,” said study senior author Darby Saxbe, a professor of psychology at USC Dornsife College of Letters, Arts and Sciences. “And it requires new skills like being able to empathize with a nonverbal infant, so it makes sense but has not been proven that the brain would be particularly plastic during the transition to parenthood as well.”

In their study, published in the journal Cerebral Cortex, the researchers describe the procedure they followed with two groups of men who were shortly to become fathers. In Spain, the researchers scanned the brains of 20 expectant fathers before their partners became pregnant and then again two to three months after their partners gave birth. The 20 U.S. participants had their brains scanned when their partners were in the third trimester of pregnancy (around 30 weeks along), and then again seven to nine months after the birth of their child. As a control to the experiment, the researchers also scanned the brains of 17 male volunteers who did not sire children.

The scientists identified that the most significant changes, both in the Spanish and American fathers, occurred in the cortex – the brain’s outer layer that is involved with attention, planning and executive functioning. Comparisons of the fathers’ scans before the babies were born and afterward showed changes in portions of the cortex that have a role in processing visual information and in areas that are part of the brain’s default mode network, which is thought to be involved with exercising empathy – being able to consider other people’s thoughts and feelings.

The changes in new fathers’ brains involved slight shrinkage in certain areas. Such a loss of volume, the researchers reassure us, suggests the brain is becoming more dense and streamlined in those areas, which makes it more efficient. New fathers learn the skills of recognizing their child and responding to its needs, as well as to empathizing with the non-verbal and fairly helpless child. The researchers suggest that the brain changes contribute to neuroplasticity – the brain’s ability to create and form new synaptic connections in order to adapt to new experiences. The childless men exhibited no such changes to their brains.

Prior studies of the brains of new mothers also identified changes in the default mode network of the cortex. However, mothers showed the greatest changes in their limbic system, which are subcortical areas buried deep within the brain. These areas are linked with emotion, threat and reward processing. The researchers found little to no change in the limbic system of the new fathers, this being the key difference between the brain changes of mothers and fathers after a new baby arrives.

“It’s too soon to speculate with such a small sample but it might suggest that more, higher-order cognitive processing is involved in fatherhood specifically, whereas mothers are also showing change at the more basic mammalian level. In any case, the fact that we have found changes in the cortex both for fathers and mothers suggests that there is some remodeling of the social brain taking place,” said Professor Saxbe.

The study provides evidence that the transition into fatherhood is associated with anatomical changes in brain cortical volume. This suggests that parenthood is a time of neuroplasticity during which the parenting experience can shape the male brain.