New study reveals the fastest fish in the oceans • Earth.com 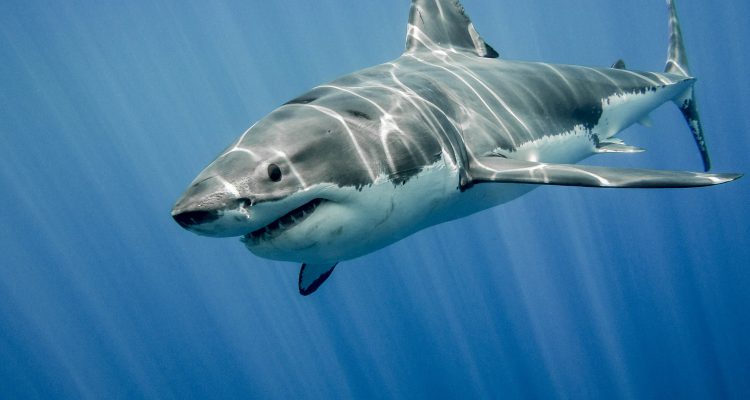 New study reveals the fastest fish in the oceans

Ever wondered what are the fastest fish in the ocean? Members of the tuna and shark families can swim up to three times faster than other fish. Their speed is attributed to an evolved body system which allows the sea creatures to keep their internal temperatures higher than the water around them.

A team of researchers, led by Yuki Watanabe of the National Institute of Polar Research, used small devices to monitor the speed and endurance of 46 different species of fish.

Six species of the tuna and shark family swam 2.7 times faster than fish with lower body temperatures. Their annual migrating distance was 2.5 times longer than that of the slower fish.

A 428-kilogram great white shark was the fastest fish, with speeds up to 8.1 kph. A 240-kilogram bluefin tuna was the second fastest of the fish monitored, with a high speed of 7.2 kph.

A 2.2-ton whale shark was also monitored. This massive fish swam much faster than expected at 3.1 kph.

The slowest of the species observed in the study were an 87-kilogram sunfish with a top speed of 2.2 kph, and a 3.3-kilogram salmon that swam up to 2.7 kph.

“As a rule, the speeds of marine animals are decided by body temperature first, followed by body size,” Watanabe said.

The shark is a cartilaginous fish while tuna have a bony skeleton. However, great white sharks and bluefin tuna have a common anatomy that makes them faster than other fish.

Both have dark muscles where many blood vessels meet. Fish with lower body temperatures have very few blood vessels close to the surface of their bodies.

These species of sharks and tuna also have a common structure called a rete mirabile. This a complex system of veins with cold blood and arteries with warm blood lying close together to prevent heat from escaping the body.

As hunters of the outer seas where they are less concealed and more vulnerable to attack, speed is critical to the survival of great white sharks and bluefin tuna. The resemblance between these fish is a result of “convergence,” which is the evolution of unrelated animals to develop similar body characteristics in a common environment.
—