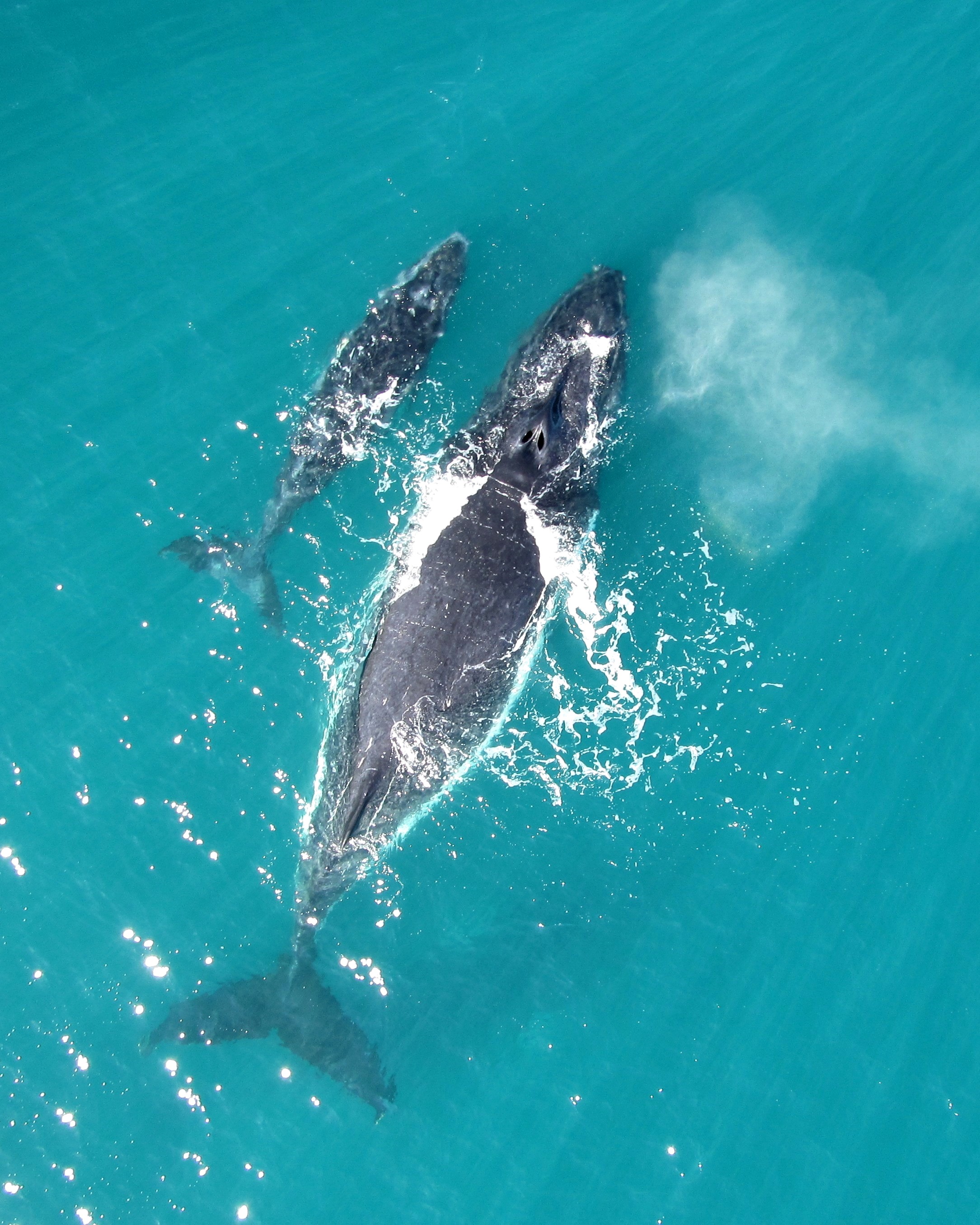 In order to avoid being overheard by killer whales, newborn humpback whales “whisper” to their mothers, according to a new study by Aarhus University.

Humpbacks spend their summers in Antarctica or the Arctic, and migrate in the winter to the tropics to breed and mate.

“This migration is very demanding for young calves,” said lead author Simone Videsen. “They travel 5,000 miles across open water in rough seas and with strong winds. Knowing more about their suckling will help us understand what could disrupt this critical behavior, so we can target conservation efforts more effectively.”

With colleagues from Murdoch University, Videsen tagged eight calves and two mothers to record the faint sounds of the calves in Exmouth Gulf in Western Australia.

Newborn humpbacks communicate with their mothers with intimate grunts and squeaks – not the loud, haunting song of the male humpback whale, the study found.

The quiet calls usually occurred while whales were swimming, which could help the mother and calf stay together.

“We also heard a lot of rubbing sounds, like two balloons being rubbed together, which we think was the calf nudging its mother when it wants to nurse,” said Videsen.

Quiet communication also reduces the risk of being overheard by killer whales nearby, she believes: “Killer whales hunt young humpback calves outside Exmouth Gulf, so by calling softly to its mother the calf is less likely to be heard by killer whales, and avoid attracting male humpbacks who want to mate with the nursing females, ” Videsen said.

The findings will help conserve the humpback habitat and ensure these nursery waters are kept as quiet as possible, the researchers said.

“From our research, we have learned that mother-calf pairs are likely to be sensitive to increases in ship noise,”  Videsen said.”Because mother and calf communicate in whispers, shipping noise could easily mask these quiet calls.”