Northern forests are losing their ability to store carbon • Earth.com 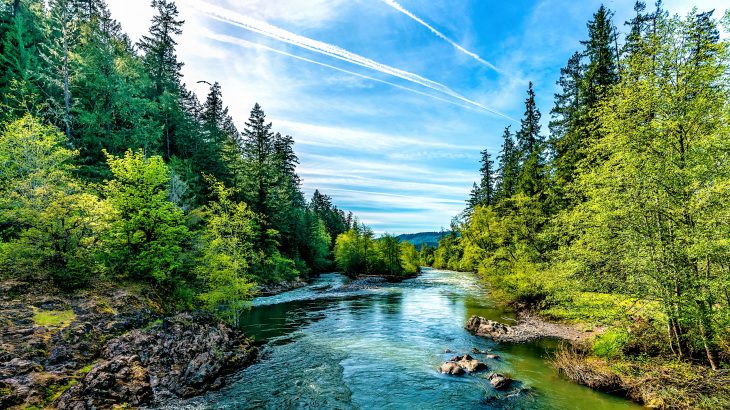 Northern forests are losing their ability to store carbon

Wildfires in northern forests have compromised their ability to capture and store carbon. Researchers found that current models underestimate the impact of climate change and fires in the world’s northernmost forests.

For their investigation, the experts analyzed 30 years of NASA satellite imaging data. The results suggest that forests will not be able to sequester as much carbon as expected in the coming decades.

“Fires are intensifying, and when forests burn, carbon is released into the atmosphere,” said Friedl. “But we’re also seeing longer growing seasons, warmer temperatures, which draws carbon out of the atmosphere (and into plants).”

“More CO2 in the atmosphere acts as a fertilizer, increasing growth of trees and plants – so, scientifically, there’s been this big question out there: What is happening on a global scale to Earth’s forests? Will they continue to absorb as much carbon as they do now?”

Today, forests capture about 30 percent of all human-related carbon dioxide emissions, which Friedl calls a “huge buffer on anthropogenic climate change.” However, the new study.reveals that scientists have been underestimating the impact of fires and other disturbances on Earth’s northern forests.

“Current Earth systems models appear to be misrepresenting a big chunk of the global biosphere. These models simulate the atmosphere, oceans, and biosphere, and our results suggest (the model-based simulation of northern forests) has been way off,” said Friedl.

“It is not enough for a forest to absorb and store carbon in its wood and soils. For that to be a real benefit, the forest has to remain intact – an increasing challenge in a warming, more fire-prone climate,” said study lead author Jonathan Wang.

“The far north is home to vast, dense stores of carbon that are very sensitive to climate change, and it will take a lot of monitoring and effort to make sure these forests and their carbon stores remain intact.”

According to Friedl, northern forests are losing conifers, in particular. “Fires come in and burn, and then the most opportunistic types of species grow back first – like hardwoods – which then get replaced by conifers such as black spruce.”

“But over the last 30 years, which isn’t a long time frame in the context of climate change, we see fires taking out more forests, and we see hardwoods sticking around longer rather than being replaced by conifers.”

The overall biomass of northern forests is declining, and this may be due to the fact that conifers are better adapted to cold climates than hardwood trees.

“An often-stated argument against climate action is the supposed benefits that far northern ecosystems and communities will enjoy from increased warmth,” said Wang. He hopes the findings will help people understand that the global climate crisis has serious issues for the far north, as well.

“It may be greening, in some sense, but in reality the climate-driven increase in wildfires is undoing much of the potential benefits of a warming, greening north.”