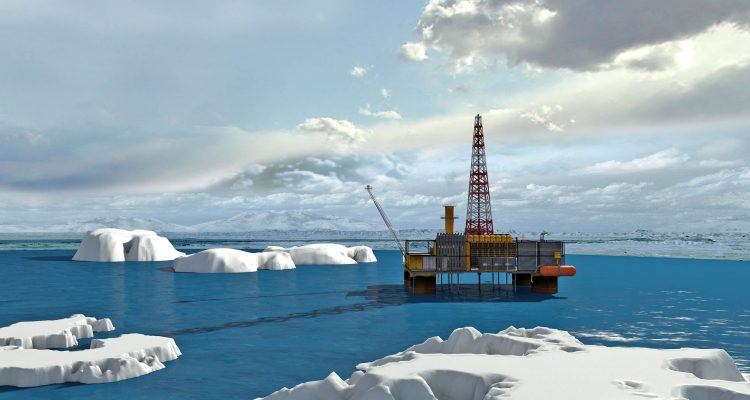 Continuing to honor his commitment to protect and heal the environment, President Barack Obama issued an order on Friday blocking new oil and gas drilling in the Arctic Ocean, handing a major victory to environmentalists who say industrial activity in the icy waters will harm whales, walruses and other wildlife and exacerbate global warming.

A five-year offshore drilling plan announced on Friday blocks the planned sale of new oil and gas drilling rights in the Chukchi and Beaufort seas north of Alaska. The plan allows drilling to go forward in Alaska’s Cook Inlet southwest of Anchorage.

The blueprint for drilling from 2017 to 2022 can be rewritten by President-elect Donald Trump, in a process that could take months or years.

Besides Cook Inlet, the plan also allows drilling in the Gulf of Mexico, long the center of U.S. offshore oil production. Ten of the 11 lease sales proposed in the five-year plan are in the Gulf, mostly off the coasts of Mississippi, Louisiana, Texas and Alabama.

Confirming a decision announced this spring, the five-year plan also bars drilling in the Atlantic Ocean.

“The plan focuses lease sales in the best places – those with the highest resource potential, lowest conflict and established infrastructure – and removes regions that are simply not right to lease,” said Interior Secretary Sally Jewell.

“Given the unique and challenging Arctic environment and industry’s declining interest in the area, forgoing lease sales in the Arctic is the right path forward,” Jewell said.

The decision follows an announcement last year by Royal Dutch Shell PLC that it would cease exploration in the Chukchi and Beaufort seas after spending nearly $7 billion. The company cited disappointing results from a well drilled in the Chukchi and the unpredictable federal regulatory environment.

Despite that, industry representatives reacted bitterly to the latest announcement, calling the decision blatantly political.

“The arrogance of the decision is unfathomable, but unfortunately not surprising,” said Randall Luthi, president of the National Ocean Industries Association, an industry group.

“Once again, we see the attitude that Washington knows best – an attitude that contributed to last week’s election results,” Luthi said, referring to Trump’s victory over Democrat Hillary Clinton.

More than 70 percent of Alaskans, including a majority of Alaska Natives, support offshore drilling, Luthi said.

Sen. Lisa Murkowski, R-Alaska, said she was “infuriated” that Obama “has once again ignored our voices to side with the factions who oppose” offshore drilling in Alaska.

“Arctic development is one of the best ways to create jobs, generate revenues and refill the Trans-Alaska Pipeline,” said Murkowski, who chairs the Senate Energy and Natural Resources Committee. “Why the president is willing to send all of those benefits overseas is beyond explanation.”

As he prepares to leave office in two months, Obama has worked to build an environmental legacy that includes a global agreement to curb climate change and an ambitious plan to reduce carbon pollution from coal-fired power plants. He also has imposed stricter limits on smog-causing pollution linked to asthma and rejected the Keystone XL oil pipeline from Canada.

All of those accomplishments and others are at risk from Trump’s presidency. Trump loathes regulation and wants to increase oil and gas drilling and the use of coal.

Trump has said he believes climate change is a hoax and has vowed to “cancel” U.S. involvement in the landmark Paris Agreement on global warming. While he has been vague about precise policies, Trump is likely to seek to weaken or kill the Clean Power Plan, a cornerstone Obama policy meant to reduce carbon pollution from the nation’s power plants as part of an effort to combat climate change.

The decision to block Arctic drilling follows a decision this spring to block drilling in the Atlantic. Republican governors in North and South Carolina back drilling off their states’ coasts, as does the Democratic governor of Virginia.

Jacqueline Savitz, senior vice president of Oceana, an environmental group, hailed the Arctic announcement and praised Obama and Jewell for “protecting our coasts from dirty and dangerous offshore drilling.”

Rejection of drilling in the Artic and Atlantic “demonstrates a commitment to prioritizing common sense, economics and science ahead of industry favoritism and politics as usual,” Savitz said.