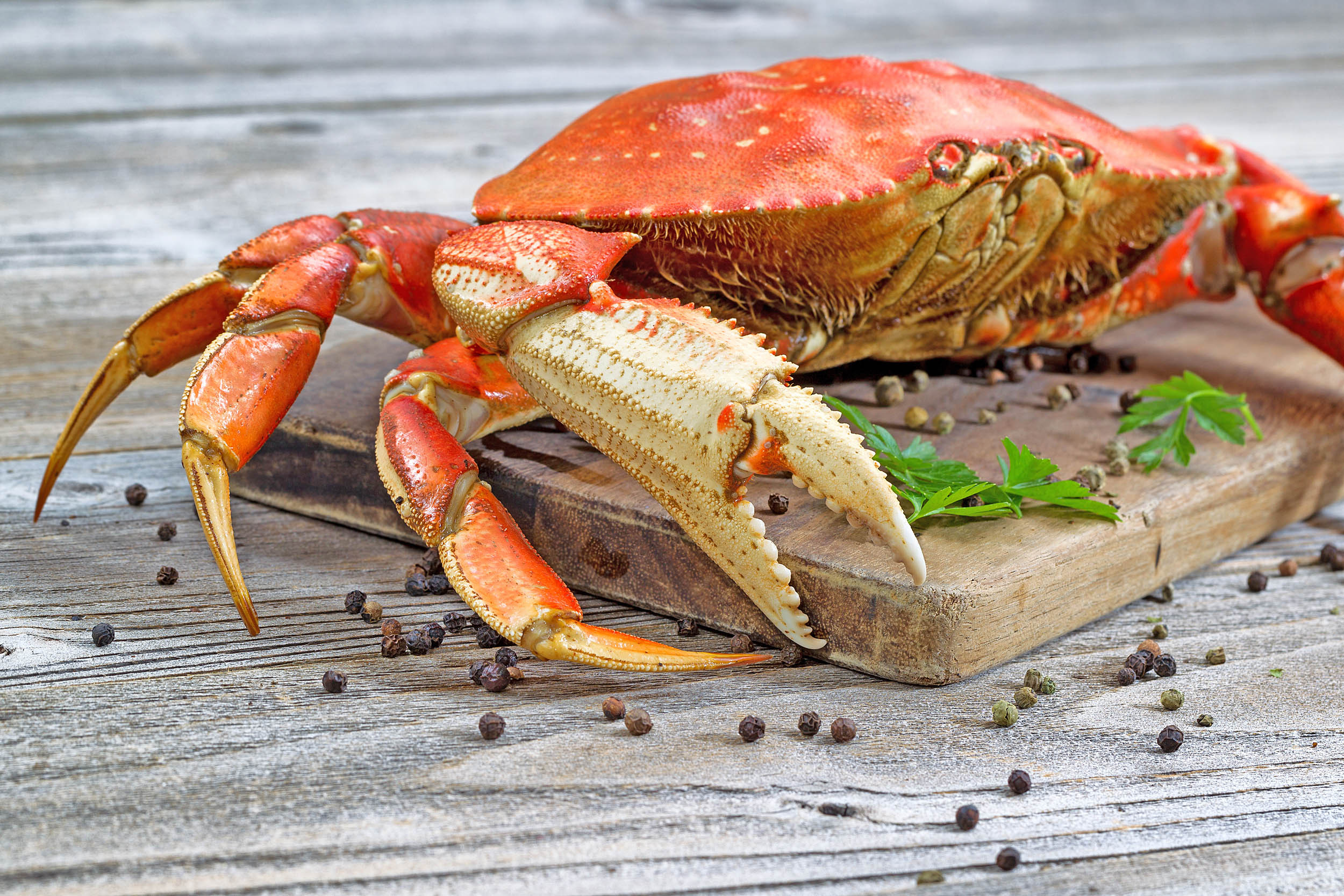 Millions of pounds of Dungeness crab are pulled from Pacific Northwest waters each year in a more than century-old ritual for commercial and recreational fishermen.

But as marine waters absorb more carbon dioxide in the atmosphere, federal scientists are worried that the ocean’s changing chemistry may threaten the sweet-flavored crustaceans.

So scientists with the NOAA Fisheries’ Northwest Fisheries Science Center are exposing tiny crab larvae to acidic seawater in laboratory experiments to understand how ocean acidification might affect one of the West Coast’s most lucrative fisheries.

Research published this year found that Dungeness crab eggs and larvae collected from Puget Sound and exposed to higher levels of carbon dioxide – which increases ocean acidity – grew more slowly and larvae were more likely to die than those in less corrosive seawater.

Now, researchers are taking the experiments a step further to study how the crabs respond to multiple stressors during various growth stages. They also plan to analyze the sublethal effects: Even if the crabs don’t die, are they affected in physiological or other ways by ocean acidification?

“They’re so economically and ecologically important here on the West Coast,” said Paul McElhany, a research ecologist with the Northwest Fisheries Science Center north of Seattle, who is leading the current experiments.

Crab larvae are valuable food for small salmon and forage fish like herring that are eaten by salmon. Dungeness crabs are also the top revenue-fetching fishery in Washington and Oregon. In 2014, nearly $200 million worth of crabs were harvested along the West Coast.

Previous research has found that levels of ocean acidification expected within a century are likely to impact red king crab and Tanner crabs, two commercially important species in Alaska. One long-term experiment found that both crab species grew slower in acidified waters and survival decreased.

In Puget Sound, McElhany and Audrey Djunaedi set out in a boat one morning over the summer to retrieve crab larvae from light-catching traps.

Once back in the lab with their catch, Djunaedi and others readied equipment so each crab could be reared separately in different treatment containers.

An intricate complex of tubes, pipes and sensors control the levels of CO2, temperature and oxygen in each container. High carbon dioxide and low oxygen create the most stressful conditions, while low carbon dioxide and high oxygen simulates more benign environments, in addition to other combinations.

The experiments simulate current conditions as well as what can be expected in the future as the seas absorb more carbon dioxide.

“We don’t see them outright dying in the experiment, but there are still some physiological cost to being reared in these high CO2, low oxygen conditions,” McElhany said. After the crabs molt, they’re frozen and researchers will analyze their chemical changes to understand those impacts.

Because Puget Sound has naturally higher CO2 levels from upwelling – events that bring water higher in carbon dioxide up from the deep ocean – one worry is that adding more human-caused carbon emissions will make conditions even worse.

Not all species of crabs may be affected by ocean acidification in the same way. And the broad range of habitats that Dungeness crabs occupy along the West Coast gives McElhany hope that the crustaceans can do well in some environments even if they don’t survive in others.

“It’s something we want to watch and follow. The challenge is that by the time we know there’s a problem, it’s really too late to do much about it – which is why we need to be concerned and proactive now,” McElhany added.

Hugh Link, executive director of the Oregon Dungeness Crab Commission, said his group is concerned about anything that affects the resources, including the high levels of domoic acid that delayed or temporarily closed Dungeness commercial crabbing last year.