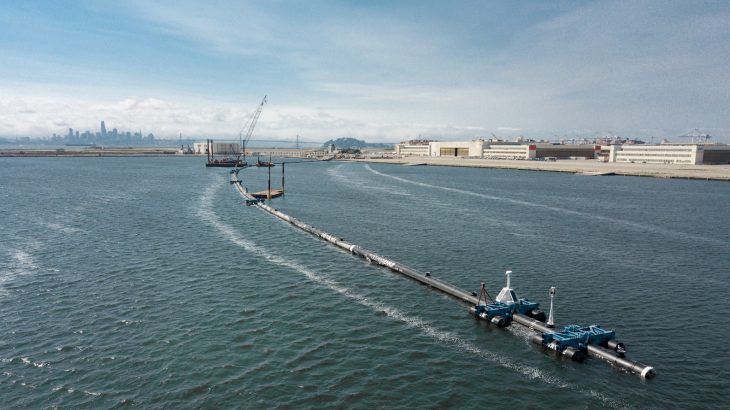 The Ocean Cleanup launches this weekend to reduce garbage patch

A revolutionary project that may be the first feasible solution for ocean plastic is set to be launched on September 8th in the Pacific Ocean. As we reported earlier this summer, The Ocean Cleanup is targeting the Great Pacific Garbage Patch, which holds an estimated 80,000 tons of plastic.

The experts behind The Ocean Cleanup say that a full-scale deployment of their system can remove 50 percent of the garbage patch in five years.

The team adds: “After fleets of systems are deployed into every ocean gyre, combined with source reduction, The Ocean Cleanup projects to be able to remove 90% of ocean plastic by 2040.”

The project, which has been developed over the last five years, features a 600-meter floating tube with a three-meter-deep screen attached. The floating device is capable of collecting about five tons of plastic per month.

The system was designed to keep wildlife safe from harm while preventing the passage of plastic.

The team describes some of the precautions taken to ensure the safety of marine life: “Firstly, the systems move through the ocean at extremely low speeds – slow enough for creatures to swim away. Secondly, because the screen is impenetrable, the current will flow underneath the screen, guiding with it organisms that can’t actively move, while the plastic (which floats) remains inside the system.”

The experts also point out that the screen is much different from a net, and wildlife cannot become entangled.

Once the system is towed over 1,000 nautical miles to the Great Pacific Garbage Patch from its launch point in Alameda, California, it will rely on the wind, water, and currents to move it along as it combs the ocean for garbage.

“Our systems fully rely on the natural ocean currents and do not require an external energy source to catch and concentrate the plastic. All electronics used, such as lights and AIS, will be powered by solar energy.”

The performance of the beta cleanup system, System 001, will be monitored to make any necessary improvements as the team aims to increase its fleet to a total of 60 units over the next year and a half.

Find out how individuals and businesses can support The Ocean Cleanup at: https://www.theoceancleanup.com/support/.