Ocean temperatures are climbing even faster than originally thought • Earth.com 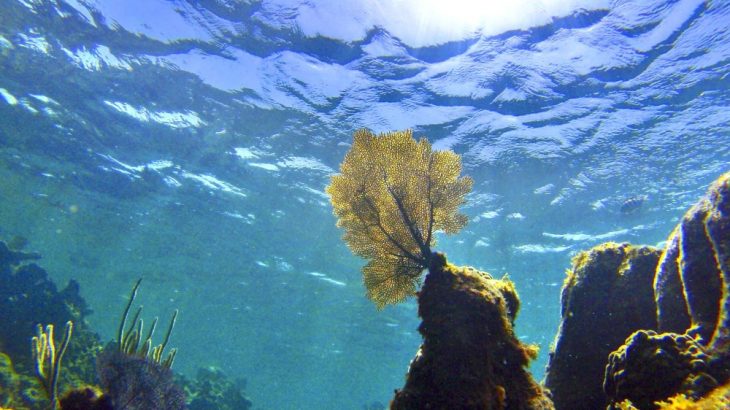 According to new research from the University of California Berkeley, greenhouse gasses are warming our oceans at a faster rate than previously thought. Researchers conclude via their study, published January 11th in Science, that claims of a 15-year “hiatus” in global warming are blatantly wrong.

“If you want to see where global warming is happening, look in our oceans,” co-author Zeke Hausfather, a graduate student in the Energy and Resources Group at the University of California, Berkeley, said. “Ocean heating is a very important indicator of climate change, and we have robust evidence that it is warming more rapidly than we thought.”

An estimated 93% of the world’s excess solar energy bound by greenhouse gasses is absorbed into the ocean. Ocean temperatures also remain unaffected by yearly variations like El Nino or volcanic eruptions, making oceans the best predictor of global warming development.

Coupled Model Intercomparison Project 5 (CMIP5) models predict that temperatures of the top 2,000 meters of the world’s oceans will rise 0.78 degrees C by the end of the century, thus raising sea levels 12 inches — and that’s not including the current sea level rise caused by melting glaciers and ice sheets.

“The Intergovernmental Panel on Climate Change’s (IPCC) Fifth Assessment Report, published in 2013, showed that leading climate change models seemed to predict a much faster increase in ocean heat content over the last 30 years than was seen in observations,” Hausfather added. “That was a problem, because of all things, that is one thing we really hope the models will get right. The fact that these corrected records now do agree with climate models is encouraging in that is removes an area of big uncertainty that we previously had.”

Scientists are keeping track of ocean changes via 4,000 robots — collectively called Argo — currently floating in oceans around the world. They periodically dive to about 2,000 meters (just over a mile) below the ocean surface to measure the ocean’s temperature, pH, and salinity, among other pieces of information.

“Scientists are continually working to improve how to interpret and analyze what was a fairly imperfect and limited set of data prior to the early 2000s,” Hausfather continued. “These four new records that have been published in recent years seem to fix a lot of problems that were plaguing the old records, and now they seem to agree quite well with what the climate models have produced.”