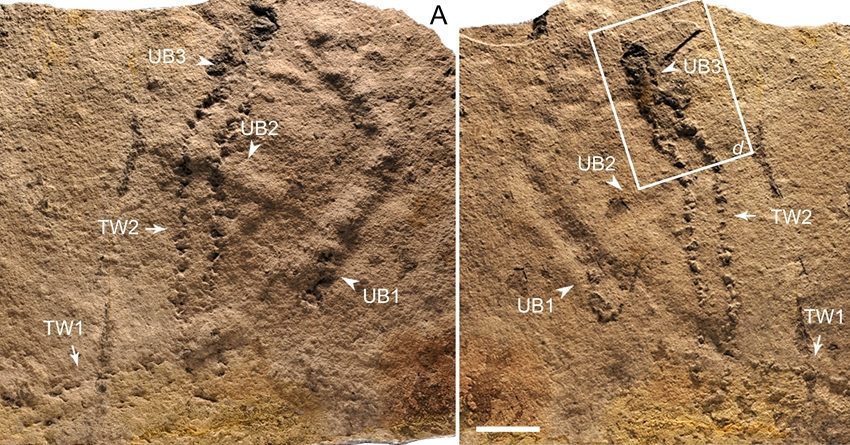 Fossils and footprints can reveal a great deal about what life was like millions of years before humans walked the Earth.

The Cambrian Period marks the time in the fossil record when most major groups of animals first appeared. This abundance of life is known as the Cambrian Explosion and some of the oldest fossils ever discovered come from this period.

Some forms of life are suspected to have evolved before the Cambrian Explosion, for example, bilaterian animals with paired appendages, and now researchers can confirm that this is true.

Researchers from the Nanjing Institute of Geology and Palaeontology of the Chinese Academy of Sciences in collaboration with the Virginia Polytechnic Institute and State University examined trackways and burrows in sediment dating back to the Ediacaran Period.

The burrows were found in the Ediacaran Shibantan Member of the Dengying Formation (551 to 541 million years ago) in the Yangtze Gorges area of South China, and the trackway patterns suggested that they were left by species with paired appendages.

The trackways were also connected to the burrows which just strengthened the hypothesis that they were left by animals who dug burrows in the sediment for food.

These are thought to be the earliest fossil footprints ever discovered and the find extends the fossil record of animals with appendages from the early Cambrian to the late Ediacaran Period.

A paper detailing the new fossil footprints was published in the journal Science Advances.