Omicron is starting to peak in the United States • Earth.com 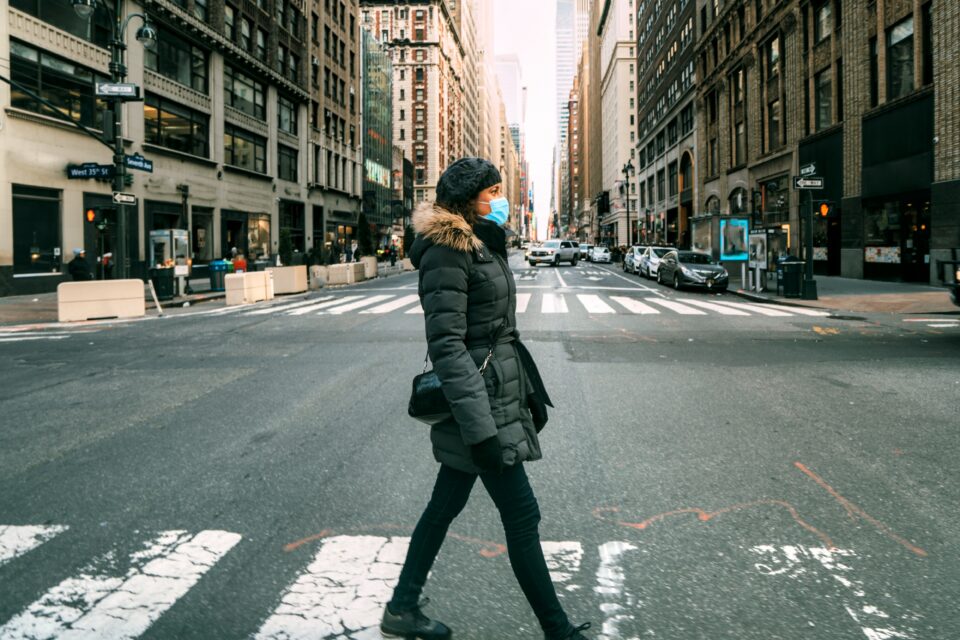 After rising more than twentyfold in December due to the spread of the highly-contagious Omicron variant, the number of Covid-19 cases in New York City appears to start flattening. In other major cities first hit by the Omicron wave, such as Washington D.C., Newark, Cleveland, New Jersey, Maryland and Boston, case numbers have already started to decrease. The news offers hope to Americans that the Omicron wave may have started to peak and the infections will soon drop rapidly.

This pattern of fast rise and fall of Omicron cases was already noticed a few weeks ago in the case of the variant’s first epicenter, South Africa, and more recently in other countries such as the United Kingdom. The decline in hospitalizations and deaths in South Africa and the current flattening of the number of severe cases in certain European countries increases hope that Omicron’s toll may turn out to be less than Delta’s.

However, the situation in the United States appears more worrisome than in these other countries. With hospitalization numbers reaching all-time records and deaths averaging over 1,800 per day in the past week (a 50 percent increase over the past  two weeks), the U.S. is “very far from being out if the woods,” as Dr. Bruce Vanderhoff, the director of the Ohio Department of Health, put it.

“If we’ve learned one thing about Covid it’s that it is extraordinarily unpredictable. And things can change dramatically and quickly,” he added.

Even if U.S.’s new case numbers have already peaked and the country will follow the same pattern of rapid descent as places where the Omicron wave has already peaked and is now falling sharply, rises in hospitalizations and deaths are still expected for a few more weeks, possibly even until mid-February. Moreover, U.S.’s rather low vaccine uptake (63 percent) leaves a large part of the population susceptible to more severe forms of illness.

However, the hope that Omicron may be a turning point in the pandemic – by offering a large amount of herd immunity at a bearable cost, due to high transmissibility but inherent mildness – increases in many places all over the world, with several countries in Europe starting to treat the variant more like the common flu, and let it become an inescapable, yet less dangerous part of our daily lives.

“At some point, we’ll be able to draw a line — and Omicron may be that point — where we transition from what is a catastrophic global threat to something that’s a much more manageable disease,” said Lauren Ancel Meyers, a professor of Integrative Biology and Statistics at the University of Texas.

Yet, many public health experts are warning that it is too early to make this call. In a recent plea published in the British Medical Journal, an international team of scientists argued that there is still an urgent need to “reduce infections to avoid overwhelming health systems and protect public life and the economy.”

“Even under the most optimistic assumptions, letting Omicron run unfettered risks potentially devastating consequences,” they warned.