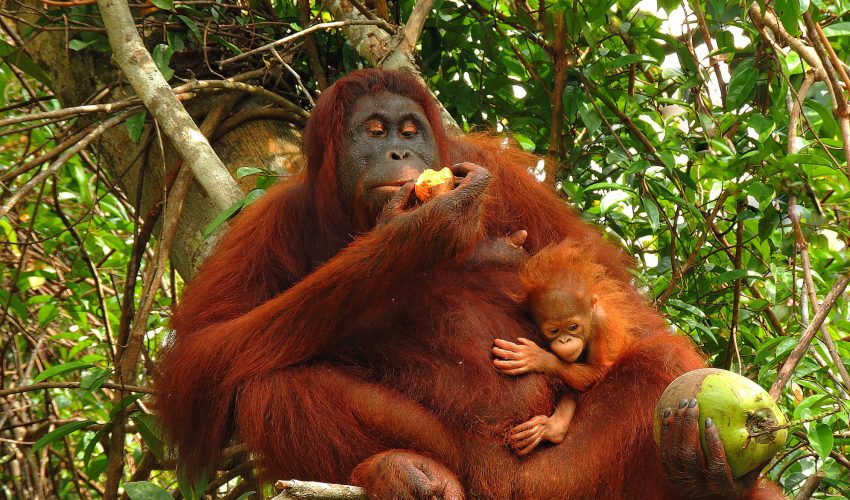 For newborns, breast-feeding is a critical part of their development. Factors such as the duration of breast-feeding and when solid food is introduced to their diet can be important to an infant’s future health.

But this isn’t just important for humans. Primates also breast-feed their young, and the specifics of these feeding tendencies – while not well understood – can have a significant effect on primate populations.

A recent study in the journal Science Advances now reveals that biomarkers in the teeth of wild orangutans show how breast-feeding patterns are related to food fluctuations in their natural habitat. These findings may help us delve deeper into the evolution of breast-feeding in humans as well.

Primate teeth contain growth patterns – similar to tree rings – which allowed researchers to determine the concentrations of maternal elements in an young primate’s teeth as it developed. This was able to reveal details on their dietary and nursing patterns.

Analysis of deceased Sumatran and Bornean orangutan teeth revealed that these primates exclusively consume milk for their first year, after which they cycle between more and less milk consumption. This breast-feeding may occur until they are eight or nine years old – a behavior that would be considered quite bizarre in humans.

Researchers believe this cycling behavior is a result of the changing availability of fruit, which may cause young orangutans to turn to breast milk when fruit availability is low.

The research team is confident these findings will lead to future studies on how food availability and certain environmental factors affect the nursing patterns of primates.

But this research can be connected to human behavior as well, says Austin: “By first studying nursing patterns of our primate cousins, we can apply these findings to future studies in humans. This method can be used to reconstruct the diet histories of contemporary humans in order to reliably and accurately study the relationship between infant diet and health outcomes in childhood or later life, as well as inform models of population growth.”