Orcas spotted off the coast of Chile could be a new species • Earth.com 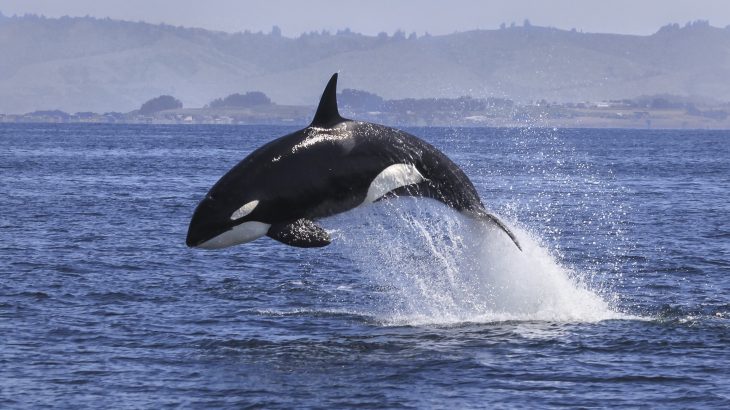 Orcas are certainly among the most recognizable marine mammals.  From their place in Sea World, to appearances in movies like Free Willy, orcas are well known and even beloved by the public.  Also known as killer whales, these animals are also important culturally and spiritually to many native peoples of the coastal northwest and polar regions.  But despite the orca’s cultural presence, we don’t know as much as we think we do about the large porpoise.

Nature documentaries have shown the skill and cunning orcas can use when hunting or even playing.  It’s obvious from the most basic observations that orcas are social animals, living in pods and working together to secure food.

There are an estimated 50,000 orcas in the wild today.  According to the National Oceanic and Atmospheric Administration (NOAA), orcas live in every ocean in the world, and even the killer whales found in the ocean off the northwestern US coast show a lot of variability.  There are at least three different types of orca known to science in the Pacific Northwest.

Resident orcas include northern and southern west coast populations that remain relatively close to a particular location, without much migration or long distance wandering.  Residents live in large pods and eat fish primarily.

Offshore orcas are thought to feed on fish, squid and sharks.  These orcas have been found in groups as large as 200 individual killer whales.  This is the least studied group of orcas in the Pacific Northwest.

According to the Whale and Dolphin Conservation, there are even more specific types of orca in other parts of the world.  In the North Atlantic region, there are two orca ecotypes. The first type feeds mainly on herring and mackerel near Norway and occasionally on seals.  The other North Atlantic orca group feeds on other cetaceans, mainly minke whales.

In the Southern Hemisphere as in the Northern, there are five distinct orca ecotypes with separate but related hunting techniques, vocalizations and social groups.

One group like their northern counterparts mainly hunts minke whales.  Another group often appears brown from the growth of diatoms on their skins.  These brown orcas are famous for hunting by washing seals and other prey off safe pieces of ice by creating waves.

Another group is smaller and also colored with diatoms but less is known about their diet.  These orcas have been seen eating penguins and are often found near penguin colonies.

The last two orca ecotypes are the smallest, and there is relatively little known about them. The most recently discovered orca with shorter dorsal fins, a rounded head and the smallest eye patch, has only been seen a few times since first sighted in the 1950s.  This last orca type, officially named type D, has been in the news recently.

With so many distinct populations spread over such wide expanses of ocean, orcas are difficult animals to study.  Even harder is determining how deep the differences between populations go. NOAA reports that there may be different species or subspecies but so far there’s officially only one identified – Orcinus orca.  But scientists are now saying that might soon change.

Previously, type D orcas were known to science only by amateur photographs and descriptions as well as one mass stranding in New Zealand.  Live type D orcas have never been studied by professional marine biologists… until now. National Geographic reports that for the first time, scientists have observed live type D orcas in the wild.  The orcas were found off the coast of Chile, a place famous for rough waters and some of the worst weather in the world.

Robert Pitman, a scientist with NOAA, was one of the team members that observed the orcas and told National Geographic that he suspects that they are a separate species of orca from Orcinus orca.

The researchers were tipped off by fishermen who had recently seen a pod of orcas in the area.  Following up on the sighting, the scientists set sail in the research vessel Australis, dropped anchor and waited.  After more than a week, a pod of about 25 orcas finally approached the scientist’s ship.

The scientists were ready for the large marine mammals.  A hydrophone set in the water to record vocalizations was inspected by the curious orcas but they didn’t cooperate by making any noises.  The team also filmed the killer whales from above and below the water. Most importantly for the research, a small tissue sample of skin and blubber was collected for DNA analysis, a common procedure.

The DNA analysis when completed, should be complete proof of whether type d orcas are indeed a different species.  For now, the scientists are still waiting for a permit to export the tissue sample they collected from Chile.

The type D orcas are also especially hard to study, living in the open ocean, an environment foreign to humans.  Their large range too makes it hard to consistently find the same group of orcas again and again. These factors combined with the remote and dangerous nature of the ocean waters between Chile and Antarctica help explain why so little is known about Orcas and why only now researchers may be collecting proof of another species of Orca.

Some scientists suspect there may be even more than two species of orca, but without solid evidence, it’s just speculation.  So far, all that can be said with certainty is that there are several ecotypes of orca, each exhibiting to some degree unique behavior and diets.  Whether two or more species of orca will be found to exist is a question that will only be answered with time.

For now, we should be thrilled with this vivid example of how large and how wild the seas are.  Even orcas, animals we feel we know, are mysterious to us.