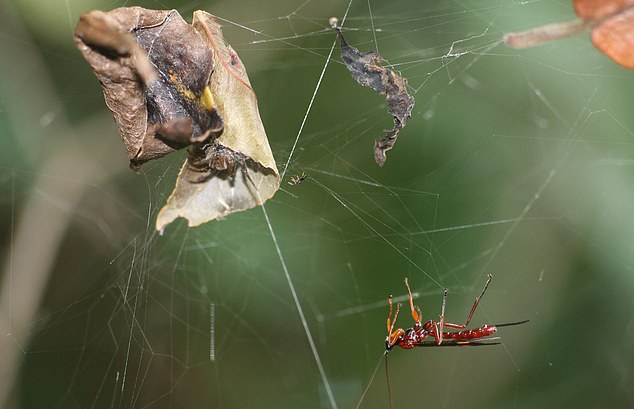 How parasitic wasps take control of their spider host’s brains

There are several brutal parasitic species in the animal kingdom that can alter the behavior of their hosts and even control their host’s brains.

Researchers from the Smithsonian Tropical Research Institute and the Universidade Federal de Uberlândia in Brazil have discovered the underlying mechanisms that allow parasitoid wasps to control or “zombify” a host spider.

One species of parasitoid wasp presented a mystery to biologists because the wasp larva can force a spider to spin a complicated web and act out of character without coming into direct contact with the spider’s nervous system.

Once a wasp lays its eggs on the top of a spider’s abdomen, these eggs hatch and force the spider to create a web that doubles as a cocoon for the larva. After the web is finished, the larvae eat the spider and cocoon themselves away as they transform into adult wasps.

In this new study, the researchers suggest that the wasp larvae can control their hosts through hormones.

The researchers propose that the wasp larvae use hormones to hijack their spider hosts and trick the spider into molting. 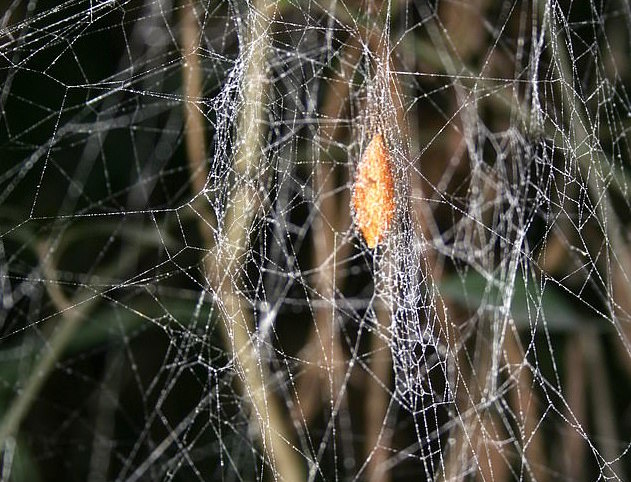 When a spider molts, it sheds its exoskeleton and the spider holes up in a new web while it waits for its new exoskeleton to harden.

The researchers found that one genus of spider had high levels of a hormone called ecdysone in their bodies before being eaten by the wasp larvae and this hormone plays a key role in the molting cycle for spiders.

“By hacking into this system, the wasps ensure the safety of their own offspring at the expense of their host,” said Marcelo O Gonzaga, the co-author of a study published in the Biological Journal of the Linnean Society.

The study sheds light on the mechanisms behind certain parasitic relationships and finally provides an answer to how some wasps zombify their spider hosts.

“Now that we have a proposed mechanism, we can ask a new set of questions,” said William G Eberhard, a fellow co-author of the study. “Because the lines in spider webs represent precise records of their behavior, we could study ‘zombification’ in unprecedented detail by looking at the lines in cocoon and molting webs. We discovered that both web types vary, and more importantly, that the variations only overlap partially.”