The single mechanism behind patterns in bird feathers and shark skin • Earth.com 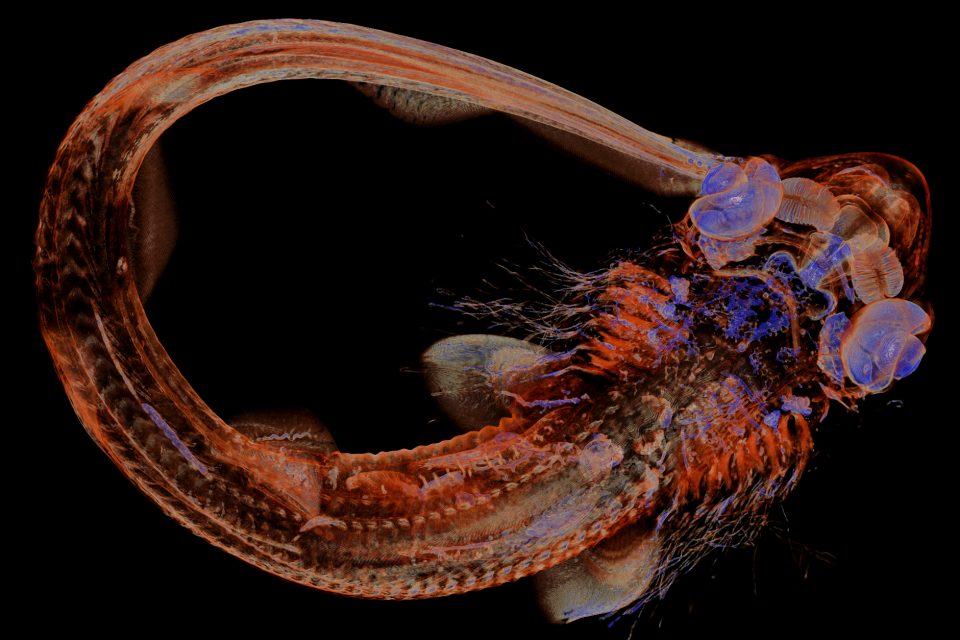 The single mechanism behind patterns in bird feathers and shark skin

According to a new study, a mechanism that is necessary for the development of bird feather patterns also regulates the construction of sharks’ skin. The study authors explained that this particular mechanism has likely controlled the development of external structures such as hair, feathers, scales, and teeth for the duration of vertebrate evolution, which dates back at least 450 million years.

From the scales of a snake to the feathers of a flamingo, epithelial appendages are showcased in a diverse range of vertebrate characteristics. The structures all have similar positioning because they grow from a common place – the epithelial placode.

Alan Turing is famous for engineering what is now referred to as the reaction-diffusion (RD) model, a system that explains nature’s diverse patterning as seen in modern animals. However, while research has found support for RD patterning in four-legged animals, a role for this system in earlier-diverging lineages is not clear.

For the current investigation, Rory L. Cooper and colleagues studied the small-spotted catshark from the ancient shark family at around 80 days post-fertilization using RD modeling and gene expression analysis.

RD modeling demonstrated that dorsal denticle rows acted as “initiator” rows, which triggered the creation of surrounding skin that has a tooth-like pattern. Next, the researchers compared the patterning of shark denticles to chick feathers by examining the expression of the protein β-catenin (β-cat), which is an early sign of chick epithelial placode signaling.

The study revealed that there is a similarity between shark and chick epithelial appendage patterning. Following a timeline that is comparable to feather patterning, the shark lateral line expressed β-cat soon before denticle patterning began.

The research team also used the RD model to explain the diversity of denticle patterning in other ancient elasmobranchs. They found that, within this group, the system may have aided the evolution of various denticle functions, such as protective armor, hydrodynamic drag reduction, feeding, and communication.