Peatlands could release more than 100 billion tons of carbon this century • Earth.com 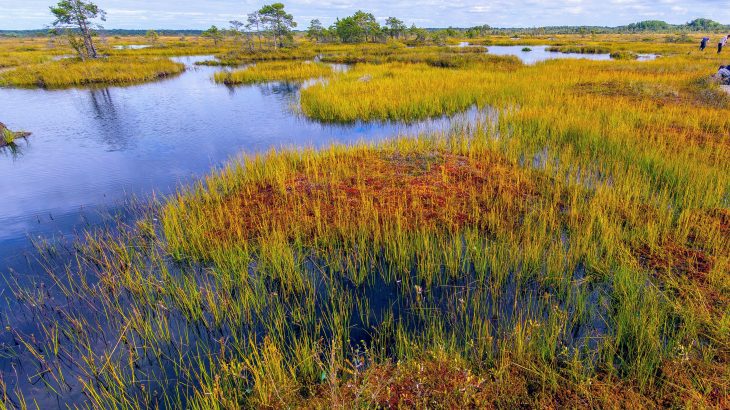 A new study led by the University of Exeter confirms that preserving peatlands, along with the carbon they hold, is critically needed to limit climate change. After investigating peatland losses over human history, the researchers predict these will be “amplified” in the future.

Peatlands are expected to shift from absorbing massive amounts of carbon to releasing it at some point this century, which is mainly due to human development. The study warns that more than 100 billion tons of carbon could be released by 2100, but there are still some unknowns.

The Earth System Models used for climate change projections do not account for peatlands. The researchers say this oversight must be urgently addressed.

“Peatlands contain more carbon than all the world’s forests and, like many forests, their future is uncertain,” said Professor Angela Gallego-Sala. “Peatlands are vulnerable to climate change impacts such as increased risk of wildfires and droughts, the thawing of permafrost and rising sea levels.”

“However, the main threats to peatlands are more direct – particularly destruction by humans to create agricultural land. So the future of peatlands is very much in our hands.”

Peatlands can be found in more than 175 countries. These wetlands cover around four million square kilometers, or three percent of the global land surface.

Professor Gallego-Sala explained that peatlands have been overlooked in some climate models because they are often viewed as being “inert” – neither absorbing nor releasing carbon at a rapid rate when left undisturbed.

It has been difficult to estimate future changes across the wetlands since they are excluded from climate models. For their investigation, the study authors analyzed survey estimates from 44 leading experts as well as existing research.

The analysis revealed that 104 billion tons of carbon will be lost from peatlands between 2020 and 2100. While the researchers acknowledge that this estimate is highly uncertain, their findings highlight the need for inclusion in models and better preservation.

“Even though we would like more information, we clearly need to make decisions now about how we manage these ecosystems,” said Professor Gallego-Sala. “We simply can’t afford for peatlands to go up in smoke.”

“We have a responsibility to find a way forward that works for people and the planet. Where people have a strong economic incentive – or even necessity – to destroy peatlands, we need plans and policies that offer more sustainable alternatives.”