Are you a pessimist? Low expectations might be a positive • Earth.com 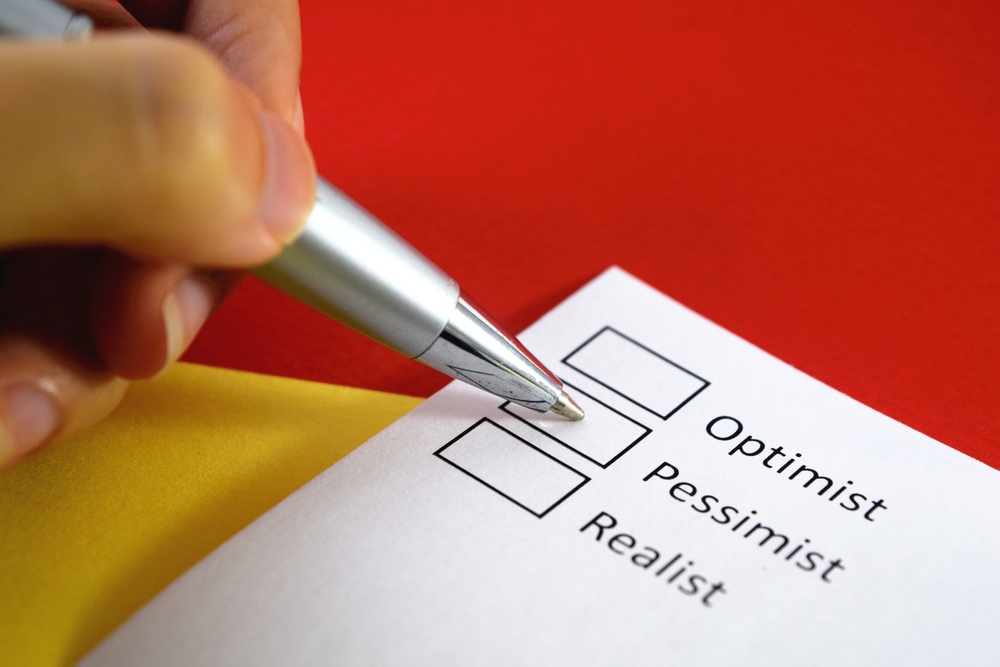 Are you a pessimist? Low expectations might be a positive

People with low expectations for the world may already know that studies show optimism has its benefits. But they may be surprised to learn that some forms of pessimism can be positive, too.

“Pessimism isn’t just about negative thinking. Personality science has revealed it also includes a focus on outcomes – that is what you expect will happen in the future,” Dr. Fuschia Sirois, a researcher at University of Sheffield, wrote in a recent column for The Conversation. “While optimists expect positive outcomes will happen more often than not, pessimists expect negative outcomes are more likely.”

There are two main types of pessimists, according to Sirois: those who blame themselves for negative outcomes, and “defensive” pessimists who use an imagined negative outcome to plan for – and work against – the worst.

The self-blamers don’t see many benefits thanks to their pessimism, but those who use their low expectations to plan and motivate themselves reap the rewards.

“Researchers suggest that defensive pessimism is a strategy that people who are anxious use to help them manage their anxiety, which might otherwise make them want to run in the opposite direction of their goal rather than pursue it,” Sirois wrote.

They envision the worst possible outcome, then imagine each thing that would need to go wrong to make that outcome a certainty. This negative thinking may sound demoralizing, but for defensive pessimists, it allows them to put together a step by step plan for avoiding obstacles that might get in the way of their goals – as well as a game plan for their next steps if their low expectations actually do come to pass.

This effect even seems to extend to mood-based performance on tasks.

“When prompted to be in a good mood, defensive pessimists performed poorly on a series of word puzzles,” Sirois wrote. “However, when they were put in bad mood, by being instructed to imagine how a scenario might have negative outcomes, they performed significantly better. This suggests that they harness their negative mood to motivate themselves to perform better.”

These strategies even lead to better physical health. During an illness outbreak, optimists may try not to worry about it. Defensive pessimists do worry – but that spurs them to take actions to prevent becoming ill, such as getting vaccinated or wearing a mask. Pessimists with chronic illness or pain may seek out strategies to ease their symptoms more frequently than others and stick with them.

The key isn’t just low expectations or negative emotions, though. Pessimists must harness those feelings to motivate themselves toward action, Sirois wrote.

“Whereas people tend to use avoidance to cope with anticipated problems when they are feeling anxious or depressed, defensive pessimists use their negative expectations to motivate them to take active steps to feel prepared and be more in control over outcomes,” she said.